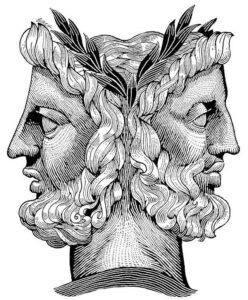 Typically you connect Intel to Microsoft and to tablets that are more like notebooks than tablets but I just started using the new Asus Memo Pad 7 (ME170C) and it is a decent product. What makes it amazing is that it is the first competitive tablet that can run Windows 8 or Android which means there is a chance, if you tired of one or the other you could switch though this capability is mostly targeted at manufacturers who could change their mix of Windows to Android late in the manufacturing process giving them more flexibility. With this product Intel showcases they have a product in the hunt for the next generation of tablets and cell phones but, I wonder, they also have the opportunity to flip the market.  Let me explain.

The 7” class of tablet is the value class. This is the where you can build tablets that can sell for under $150 profitably and $150 is a pretty amazing price for a product whose only shortcoming is its size. And the size thing really isn’t that bad though I think 7” will be the next frontier explored by Phablets (large Smartphones).  But what makes this segment important for Intel is that it was believed Intel couldn’t make a good enough product at these price points and this Asus Memo Pad clearly showcases they now can. Running their latest Atom processor this small tablet actually performs in line with ARM based products.

I ran a variety of applications on the Android version I received ranging from music apps, to the Kindle app, to Netflix, and even played a couple games.  If I didn’t see the Intel logo on this tablet I would have thought someone had made a mistake because I never once felt I was power constrained. I could do a series of benchmarks but since this segment cycles about twice a year that seems pointless particularly when you are talking about a class of product that is primarily defined by price. As long as the product works well, and this tablet does, if the design and price are attractive folks will buy it.

But the part that makes this product unique is the ability to run both Android and full Windows (not Windows RT).  With this one trick I think a vendor might be able to flip the market.

Here is the problem with these two platforms. Windows runs most of the business apps you want to use but is light on entertainment product’s. Even when it has them they often are down level. For instance the Kindle and Sonos (third party) apps for Windows feel far less advanced then they do on Android.  So, in theory, most folks are faced with an ugly tradeoff either do productivity applications or entertainment applications but what they want is to be able to do both.

Now you could do an emulator or a Virtual Machine but there isn’t a ton of extra performance headroom in a tablet and either of these approaches would likely result in performance on one or both operating systems suck.  But this latest Intel Atom part can run Android and Windows native and you could simply partition the two operating systems allowing a toggle between them. One of the big advantages to doing this is that it would be really hard for an exploit against one (Android has been identified as very vulnerable to viruses and other threats) to compromise the other.

So, in effect, the user would get the benefits of a Windows AND an Android tablet while his or her company could better protect the Windows partition where the work is done. Granted, since you’d likely want both OSs to remain in use, you’d have to have some form of resource management between the two environments but this is a common request on multi-platform products and well within Intel’s skill set to solve. It isn’t clear whether Google or Microsoft would allow this solution but, if they did, the end result would be a 2 in 1 offering. The same tablet could be used both for business with Windows and entertainment with Android.

One of the ways a company moves from the back of the pack to the front is by flipping the market, basically getting consumers to want the unique aspects of their product and suddenly choose this instead. Apple, under Steve Jobs, did this like clockwork.  The MP3 market was pretty well defined when brought out the iPod and flipped, he did it again with the iPhone and we thought that market was stable at the time, and finally with the iPad he got us to want tablets.  What’s next?  Could be a product that runs both Windows and Android, does phone calls, and integrates with your Smarthome, car, and becomes the hub to all of your wearable devices. I wonder if Intel and some OEM could pull it off. We’ll see.

LG is serious about fitness tracking