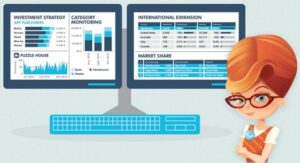 App Annie the mobile analytics company that has been around since the mobile industry took off has released two new free analytics tools that can help optimize your paid app discovery and make it easier for users to find your app in the crowded app store world.

“It’s a huge convenience to see mobile ad spend and revenue alongside app downloads and revenues. It doesn’t sound like a big deal, but when you’re manually pulling reports from dozens of ad platforms and a bunch of app stores, you start to feel the pain.”

The App Store Optimization tool provides a way for developers to see (and tweak) how well you rank in app stores. “App Store Optimization is an industry term used to describe the process of getting more organic app store search traffic. When it comes to the app stores, a similar ranking algorithm exists that can, when leveraged properly, help vault your app to the top of any relevant user’s search results, and as a result get you more downloads.

“Our new tool will show you which apps are ranking for the leading search terms, reveal competitors on terms you’re already using, and much more. Picking, testing and refining keywords is a top priority for big app publishers.”

According to the site, “We are launching with support for iOS in 25 countries, and support for other app stores, countries and languages will be coming coming soon.”

These two new analytics tools should come in handy for just about any mobile app developer.

You can read the full blog post here and find out more about the two tools.