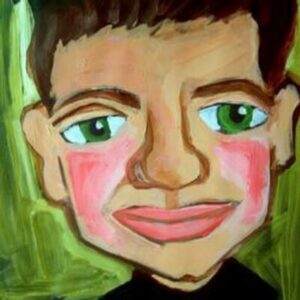 You know Mr. Wilson is a smart guy because his prediction is bound to raise the hackles of the adoring fans of Apple, many of whom put their money where their heart is and buy Apple products religiously.

Score one on press exposure.

Of course he is also pushing his prognostication just far enough to be within reach and his comments forgettable if the status quo doesn’t change.

But, Mr. Wilson’s right about one thing: hardware is a commodity and Apple may have reached the limits of what it can do with its premium hardware.

On the one hand, the hardware world has caught up to Apple. Apple isn’t the only game in town and its products don’t often have enough differentiation to justify the premium over ubiquitous Android brands.

On the other hand, Apple has no real answer for the cloud based services being offered by companies like Google. Apple maintains a rigid control over its own platform and gets to profit enormously from it, but it has little in the way of software value add itself to challenge its competitors who often have nothing but software.

In many ways, Apple is a victim of its own success. It has painted itself into a very big, well furnished corner of the tech world.

Yet, despite all of that, with its enormous resources and its incredible wealth, Apple can do almost anything it likes, buy anyone it needs, and spend freely on developing the next big thing. Having all that money doesn’t guarantee success – just ask Microsoft – but there is still time for the company to make Fred Wilson eat his words.

Not that Apple or Mr. Wilson care, either way.

The difficulty for businesses who have to go mobile is not knowing how to split their budgets by platform. Often, companies want to build an iPhone or iPad app as the showcase lead application for digital.

It is easier to target the known qualities of Apple’s products than to try and make sense of the Android universe of devices. And, there is not equivalent to the iPad in terms of consumer acceptance, design, and market penetration.

On the other hand, the Apple Store is a heck of a sentinel to get around. It gets harder every year to find acceptance, and while Android is not necessarily so easy either, it is less antagonistic towards its developer community.