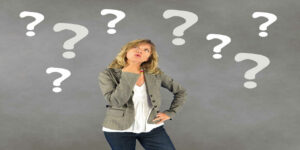 Unlike games of chance, trivia board games are a real test for your knowledge and, at the same time, offer greater levels of entertainment as you take turns to reminisce and guess answers for enthralling questions. However, not all like the idea of a trivia game because they feel they are not good for them and may feel embarrassed for not appearing smart.

Yet here’s the real deal – the ultimate goal of trivia games is not about finding who is smarter. It’s to have a gala time and enjoy the get-together with your family and friends. And, once you have chosen the ideal trivia board game, there’s no stopping you.

Improves Your Memory and Brain Function

Typical board games rely on rolling the dice or spinning the wheel – if you are lucky, you end up in the right spot, else if it’s not your day, you end up in a rough spot. However, trivia games are a different ball game. They not only rely on chance but go a step further to test your memory and ability to recall things.

It makes you think, exercise your brain, and learn new facts that you wish you had known. Even if you understand those facts and may not even use them later, it never hurts to learn something new. Besides, it strengthens your brain function as you build new connections in your brain, recall things from your past, and learn new information.

A phenomenon known as brain neuroplasticity is the brain’s ability to forge new connections and compensate for injury, disease, or damage. As the brain gets stimulated through activity, it compensates for damage by reorganizing and forming new connections between undamaged nerve cells.

When playing trivia board games, you have to answer a question within a time limit and be quicker than your competition. These aspects of the game come together to improve your brain reaction time so that it works quickly within the given scenario. This puts your brain in action mode to think quickly and recall information stored in different hemispheres of the brain, thereby strengthening your ability to process information quickly.

A common misconception is that playing trivia games put you under stress and pressure to perform. However, the kind of stress it puts you in is good stress and not the bad kind that leads to many health hazards.

Contrary to the notion that all stress is bad, it is stated by several researchers that moderate amounts of stress are good for you since an individual will react accordingly and perform. It’s just too much stress and prolonged periods of stress that ends up in a lot of mess.

Playing a trivia game helps you positively deal with stress and unwind after you are done. On the other hand, everyday stress such as work pressure or emotional trauma puts you under negative stress for a longer time without enabling you to relax.

As per an adage – ‘use it or lose it’, if you don’t engage your memory and brainpower in learning activities, the brain is bound to deteriorate in its vital functions. Trivia games offer greater stimulation and power to your brain, helping you put your memory to good use. In contrast to the idea that your brain goes duller as you grow older, playing a trivia board game is akin to any learning activity or engaging in a hobby.

While you are entertaining yourself and your guests with a delightful board game, you are also training your brain and restoring memory function with an organic recharge and revitalization by using it. Other regular activities that you might do with your guests, such as movie nights, watching television shows, playing video games, offer no or minimal brain benefits as trivia games do.

Apart from playing the game, you also get to live the game. Some trivia games, like Boom Again, take you on a nostalgic trip down memory lane. Nothing can live up to the same levels of excitement and engagement as trivia games. With every dice roll, you not just get to sit there or make moves, but you also get to learn something new, take a blast from the past and boost your memory power.

So, the next time you are thinking about what you can do to have an entertaining evening with friends or family, consider playing the best trivia board games for an enlightening experience.

How to Pick Out the Perfect Wheelchair