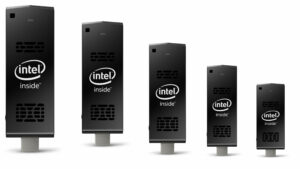 The total value of credit card debt in the United States has now exceeded $1 trillion. This is a startling statistic, because it is on par with the level of debt in the US prior to the global financial crisis. A report by the New York Fed recently revealed that the net household debt in the US exceeded the $12.68 trillion high from 2008, with a March 2017 figure of $12.73 trillion. Household debt includes all forms of debt such as mortgages, auto loans, college tuition, personal loans and credit card debt. The latter category of debt exceeded $1 trillion in February 2017.

There have been some notable changes in the composition of US debt since the financial crisis. For starters, household debt now comprises a smaller percentage of the overall debt burden. The debt components that have increased markedly are auto loans, student loans and credit card debt. The burden placed upon young college graduates is also having a negative effect on new home prices – since fewer people can purchase new homes owing to the debt burdens they are subject to. To counter increasing debt problems, there has been a marked increase in debt consolidation among US households. This typically takes the form of a lower-interest loan to take care of debt obligations.

As at March 31, 2017, household debt increased by $149 billion from Q4 2016. This is significant, meaning that net household debt is $50 billion more than it was at its peak in 2008. Does this mean that another global financial crisis is imminent? A cursory look may yield an affirmative response, but there are some mitigating circumstances. Foremost among these is inflation. The report released by the New York Fed does not refer to the adjusted figures over time – it simply describes nominal figures. Between 2008 and 2017, inflation increased by 11.48%. This is evidenced by the BLS CPI calculator. In other words, the $12.68 trillion figure from 2008 is the equivalent of $14.135 trillion by today’s standards. Therefore, the actual debt levels are not comparable, and we are not surpassing the peaks experienced in 2008.

But there are many other considerations to bear in mind. Notably the country’s GDP. The US economy has grown since the pre-global crisis level when GDP amounted to $14.84 trillion. By Q1 2017, the value of US GDP was $19 trillion – a significant increase. This amounts to an economy 28% bigger than it was at pre-crisis levels. Naturally, household expenditure is bigger to facilitate this growth in the US economy.

When we evaluate US household debt with gross domestic product, there is no comparison between 2008 and 2017. Pre-crisis, the debt to GDP ratio was 85.4%. Fast-forward 9 years, and that ratio has tapered off to just 66.9%. We are also talking about a much larger population using credit cards, enjoying student loans, taking out mortgages and applying for personal loans. Back then, the US population was 304 million people – today it is 325 million people. Today, it is far more difficult to apply and qualify for a mortgage than it was in 2008. Much the same is true of automobile loans and credit cards.

There have been many important changes in how debt is being managed in the United States. For example, in October 2007, household debt payments comprised 13.2% of disposable income. Fast-forward to October 2016 and that figure is just 10%. In other words, people are more solvent in the US today than they were at pre-crisis levels. While mortgages have certainly decreased as a component of household debt, we are seeing student loans and auto loans increasing alongside credit cards. The precise statistics are as follows: mortgages 67%, HE revolving 4%, auto loans 9%, credit cards 6%, student loans 10% and other at 3%.

How Outsourcing Can Benefit Your Business

4 Easy Ways to Stick to Your Small Business’ Budget