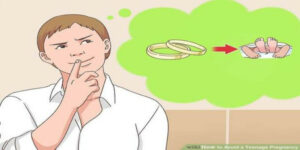 Teen’s unwanted pregnancy is rising day by day and even the school going young teenagers and adolescents have involved in such activities that lead them to get pregnant. The stats of teenage pregnancy may differ from underdeveloped and to the western developed countries, but there is dire need to take action to protect the teen from the dangerous ramifications to get pregnant unwantedly in such young age. Am sure it would not be happy and satisfactory news for the parents whether they are in Europe or they belong to the Middle East when they come to hear the stuff from a young teen or tween that “I am pregnant”.

Almost 38% of teens get pregnant even before they enter in the age of 15-18. Ultimately young teens and tweens put their lives at stake in order to get a proper job for their child secure future. However, if teens have to move out from their parent’s home then 68% of teens remain below the poverty line and they have to face swear difficulties to have shelter, bread, and butter and to live a life that brings the innocent soul to the dangerous and merciless world.

$ 12 million dollars in year, US state of Texas, Dallas County has to spent on teen’s unwanted pregnancies.

UK is at the top: tweens and teens got unwanted pregnancies

The UK has been ranked at first, where young teens get pregnant in teenage in Western Europe, Office for National Statistics stated that. However, UK has least cases comparatively to the countries that are low income such as Bulgaria, Slovakia, Hungry and Latvia.

Stats are not less than a tragedy for human rights presses that there is still work to be done to protect young teens from unwanted pregnancies. In other European countries that are known as “sex free countries” figures are less compare to the UK, Head of Program Paul Casey said that.

If a teen has got pregnancy against their will, then it would double that risk of being committing suicide. The element of shame and embarrassments may be the least factor, but emotions such as fear factor, lack of support from the partner or biological father of a child and a victim may run with the lack of determination to give birth to the baby or it has been too late for abortion may the highest factor that leads teen to commit suicide, the Swedish researcher said.

Being a too young pregnant mother, and lack of support from the partner and from the society force teen to do nothing, to kill herself. Because they don’t have any other option, Lancet Journal reportedly stated that.

On the other hands, today we have a different kind of tech-creatures in the shape of cell phones, tablets and Pads in our hands leads us to the things which we desire once connected to the internet. Furthermore, the presence of social messaging apps such as Facebook, Tinder, Yahoo, Line, Vine, WhatsApp, Snapchat and others alike are the social platforms that have to bring everyone on a single platform.

The stalkers, sexual predators, and child abusers are everywhere in the digital world and lack of digital parenting may lead young tweens and teens having an affair with the cyber predator. Even young teens and tweens also become the victim of peer pressure and have started using dating apps to have hookups. These kinds of activities are leading teens towards unprotected sex and to have more than one sexual partner. The element of access to the pornography is one of the greatest reasons that teens are emotionally frustrated and ultimately have lack of knowledge about sex to prevent Teenage pregnancy.

Party life is also one of the biggest reason behind teen’s pregnancies, because in parties teens usually become the victim of substance abuse and get involve into sexual activities without realizing to whom they have slept with. Substance abuse is devastatingly has prevailed in our young generation that at the end of the day leads them towards unwanted pregnancies, health issues, depression, anxiety and put teens away from the real beauty of life.

Parents need to take action against the issue: But How!

Parents can sort out their insecurities when they heard the news about the rising ratio of teen’s unwanted teen’s pregnancy and deaths have happened due to the social issue. However, there are plenty things parents should bring in the parenting job and they should know a bit about teen’s pregnancy prevention tips.

Talk to your teen

Most of the parents feel shame while talking to the teens about sex. I would say sex education is necessary for every young teenager whether male or female. Don’t hesitate, just talk about sex with the young child and tell them the precautions, dangerous ramifications of getting pregnant and how people manipulate them to spend a night with them.

Explain to teens about sex

Guide your teens about the importance of sex, but in which age they will be able to do it without having any issue. Tell them, how much safety has its importance if they have got themselves where they have to do it. Explain why unwanted pregnancy is dangerous for their lives and how their partner would not accept it.

Tell your teens “Respect herself”

Simply teach your teens, nobody will respect you if you don’t respect yourself. So, being aware of the consequences of the unwanted pregnancy would ultimately make teens to make their own choice rather than having an un-intentionally done the dangerous mistake.

Parents sometime hesitant about discussion on sex, so parents don’t need to make sex as Taboo subject. Discuss with your child when they are entering into the puberty stage. Parents should tell teen about the importance of sex in their lives, but they have reach to the age when they become enough mature and make their decisions wisely, than they can do anything they want.

Parents should impose monitoring in teenage of teens

Parents can use the technology and can impose monitoring on teen’s digital activities especially on the social media. They should know to whom they are talking having a long conversation on the gadgets and devices. However, parents also teach teens the Netiquette of using social media and cyberspace.

Its parent’s responsibility to protect teens from all the dangers and from the dangerous activities the can do in their absence. Proper guidance to teens about sex would be the ultimate protection against unwanted teen’s pregnancy.

What No One Tells You About Domain Registration