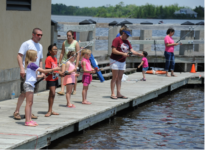 Norway has the Northern Lights, China has Spring Festival and Japan has the beloved cherry blossom, a spectacular seasonal event courtesy of mother nature. The famous sakura blooms paint much of the country pink, an event which does not go uncelebrated with locals hosting viewing parties (called hanami) which date back thousands of years. International visitors join Japan tours in an effort to see the elusive blooms up close and personal.

Why is cherry blossom season such a big deal?

Visiting Japan during cherry blossom season is an event visitors like to tick off their bucket list, but for the Japanese, Sakura has a much deeper significance. In addition to being appreciated for its splendid appearance, it has also come to symbolize the ephemeral nature of life and its fleeting beauty.

In Japan, Shinto and Buddhism are the dominant religions, with many people identifying as both. While the beliefs differ in some areas, many of the main ideologies shared include the worship of nature and life’s impermanence. The short-lived bloom of the cherry blossom embodies this principle – a stunning yet temporary presence that, at the height of its beauty, quickly vanishes.

When does the sakura tree bloom?

Every spring, however, the exact cherry blossom season dates vary and unsurprisingly, is largely based on weather conditions. A warm spring often leads to early flowering (called kaika), while colder temperatures can lead to late blooms. The one thing that’s guaranteed is the pattern of blooming which starts in the southern islands – sometimes referred to as sakura zensen – in January, and as late as May, heads north.

As cherry blossom season is big business in Japan, its prediction has become a suitably grand affair, involving scientists, mathematic equations a-plenty, and many of the country’s leading meteorologists weighing in.

For visitors heading to Kyoto and Tokyo for viewings, blooms will appear in the last week of March and first two weeks of April according to this year’s predictions.

Visit Japan in early April and you’re in with a great chance, however the best spot to bask in sakura requires detouring from the cities. Yoshino, a relatively quiet town east of Osaka, explodes in population when the sakura drops. The town is one of the most popular to visit during spring – it’s home to 30,000 cherry blossom trees which blanket the mountainous region in pink and white. It’s as postcard-perfect as it sounds.

In Tokyo, head to Chiyoda in the centre of the city where hundreds of trees line the edge of the Chidorigafuchi Moat beside the Imperial Palace. Those looking for quiet perspective away from crowds, rent a boat and paddle down the waterway.

Just as Kyoto is known for its beautiful temples and shrines, it’s also renowned for its blossom displays. Ditch the crowds at Kiyomizu-dera Temple and host your own hanami on the sakura-lined banks of the Kamo River, or visit the often-overlooked Konkai Komyo-ji Temple.

The Japanese love nothing better than attending a celebration – there are more than 100,000 festivals (matsuri) taking place around the country every year. From giving thanks, to praying for a good harvest, there’s a festival to commemorate every occasion and when March rolls round, the festival focus is on all things pink and floral.

Travel anywhere with flowering sakura trees and you’re bound to stumble across a hanami (or two). Grab a bento box, set up camp under a blossoming tree and bask in the beauty of the season. Tokyo’s Ueno Park hosts one of the country’s largest cherry blossom festivals – expect food stalls, night-time illumination, and over one thousand trees ready and waiting to be fawned over.

How do IVA fees work?