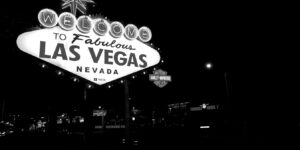 Las Vegas is often considered to be an adult playground – or the adult version of McDonald’s playhouse. This is due to big-stage performances set throughout the city. There is no shortage of entertainment for you, if you’re willing to buckle in for the ride. Here are 10 of the best shows you’ll find in Vegas for your money.

First on the list is a show staged by Cirque du Soleil (and it won’t be the last you see from them): “O”. This is one of the most well-known shows in performance history. Could one of those reasons (out of many) be because of a 60-ft. high dive into water? Perhaps. This show is largely responsible for proving why Cirque du Soleil is often considered one of the leading entertainment companies in the world.

Winners of “America’s Best Dance Crew”, the Jabbawockeez have since gone on to host a show featuring their grand-prize dance moves at the world-renown MGM Grand and at The Luxor on the strip. Read any Jabawockeez review about the show to see for yourself just why that is.

The Blue Man Group, who has been performing in Vegas for “centuries”. There is a reason for that: their musical performances are to die for. Front Row Tickets can provide you tickets to see any of their shows whenever you like.

For people who enjoy seeing “behind the scene” features. “Vegas! The Show!” is a show about putting on shows in Vegas. The show has dazzled audiences for 7 years as it tributes performance icons who made Las Vegas what it is today.

“Love” is a Cirque show inspired by The Beatles, is an intimate adventure of peace, happiness and universal love. These themes are universal and reverberate through the 60s. It is performed at The Mirage.

New and old fans of Michael Jackson will love the MJ-themed show (at Mandalay Bay) put on by Cirque du Soleil, featuring three speakers on every single seat in the 1,805-seat theatre.

Le Rêve uses acrobatics (hundred of feet in the air) to tell a beautiful love story. The show features performers doing synchronized swimming as well as jaw-dropping dancing that gradually reveals the history of human love.

9. Britney Spears- Piece of Me

Britney Spears performs at the Axis at Planet Hollywood on S. Las Vegas Blvd. She has been performing since 2013. She performs a number of timeless classics that everyone remembers – from “Hit Me Baby One More Time” to “I’m A Slave 4 U” and “Oops I Did It Again.”

Absinthe is a show often considered to be “Cirque De Soleil’s raunchier cousin”. This is because the show at Caesars Palace features roller skate stunts, gravity-defying burlesque acrobats and a Green Fairy that will make your blood pulse. There are a constant change of performers so no show is the same.

The shows you’ve learned about are some of the best of the best – the “cream of the crop”, so to speak. These shows have delighted fans over the years with their fantastic (and outrageous!) numbers and showstoppers.

3 Ways Technology Can Make Us Cooler, Smarter and Faster

Fleet Factoring – How Can it Help?