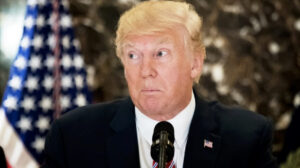 I know, I can hear you thinking, just what we need yet another conspiracy theory. But if you are like me you are being hit by the fact that we have an unprecedented number of scams going on this year. We typically classify the most effective of them as Phishing, Spear Phishing, Fraud, etc. And while they use different forms of media, internet, email, phone they are designed to trick us into doing something we otherwise wouldn’t like giving our secrets or money to questionable people. And the scams aren’t limited to the aging or very young, they have been nearly institutionalized by shock radio jocks internationally or more recently Sasha Baron Cohen’s show “Who is America”.

I was thinking of this when I read the New York Times Op-ed talking about an internal resistance in the White House that is effectively running the office of the President. The reason this occurred to me was the existence of the Op-ed didn’t seem to make sense. The individual risk for the person that wrote the Op-ed would range from being fired and being unemployable (lack of trust), to possible prison time (effectively this Op-ed implicates the writer a coup; and taking over the government would be a serious crime).

The offsetting upside of the Op-ed, given Bob Woodward’s book, doesn’t seem to exist either personally or for the US Government. It effectively outed the “Resistance” making it now, at best, ineffective, and at worst it could result in an ill-conceived decision resulting in some kind of catastrophic outcome that the “Resistance” might otherwise have been able to stop.

But what if the entire thing was a well-executed scam and its real goal was to hurt the New York Times which could be found complicit in an attempt to cripple the US Government by pushing an already paranoid President over the edge?

Let’s talk about scams this week in the context of the Trump “Resistance” Op-ed.

Generally, a scam works because we want it to work. The scammer creates a false story with a happy ending and places us in it. The more we want the scam to be true the less work the scammer(s) have to do to fool us. For instance, as a guy you may get an email from what looks to be a beautiful woman who found your picture on the web and fell in love with you and has only one desire, to make you happy. Of course, chances are this is some guy who just wants to your money. Now if you are happily married, in a committed relationship, and/or have ethics you probably won’t fall for this, but if you are lonely, in a challenging relationship, or don’t have much in the way of ethics the scammer may hook you and drain your bank account.

But, whether it is money from a contest you never entered, a refund for taxes you never paid, instant love from a man or woman you’ve never met, or a billionaire (I’ve often felt sorry for Bill Gates who was used a lot for these scams) that wants to send you money for nothing the foundational elements are the same. They pick something you really want, they create a credible enough story and place you in it, you want what they are saying to be true, and when you blind yourself to the facts they execute their plan against you.

Now protections include not engaging with people who you don’t know or who don’t come with validated references on social media, email, or on the phone. And when I say “don’t engage” I mean avoid talking to them at all. This is because once they know you are real and will respond they may try a variety of ways to scam you, if they don’t think anyone is there, they are more likely to move to the next target. Now one comment on vetting, a professional Spear Phisher can scam someone you trust and create a false validation. So even if introduced by a friend, some stranger with a great deal should still be viewed as a possible scammer. There was one recent scam using gold and an actual gold mine (which was largely played out), and government gold to scam investors in the US who actually did research. But the issue was the investors didn’t really understand gold mining and clearly didn’t get the level of corruption in many foreign governments and lost their investments as a result. (The gold they were shown and had tested belonged to the government and it was on loan to the scammer).

The three typical rules are don’t engage with people you don’t know on anything financial or personal, don’t invest in businesses you don’t understand, and if it sounds too good to be true walk away (or treat it as a likely scam and really do your homework, but if they approached you, ask yourself why?). In the end a scam works on us because we want it to work, if you can get rid of the “want” part you can likely avoid getting caught most of the scams out there.

Was The New York Times Scammed?

This Op-ed both seems to good to be true, at least from the perspective of the New York Times, and of no value to the writer. As noted above, the writer faces a range of penalties from loss of career to significant jail time (this could be positioned as an attempt to take over the government and revolts are illegal by nature). In addition, while complimenting the “Resistance” it effectively destroys said resistance by outing it.

The Op-ed creates a massive amount of distrust in the White House likely making the Executive Branch of the US Government even less functional and significantly weakening that body. And it effectively cripples the office of the President both by making it unclear who is leading, and by effectively making it appear (granted there is now substantial 3rd party work on this) that the President isn’t competent enough hold office.

But, given most of that damage was already done by the Woodward book, the memo would be redundant if damaging the Presidency was the primary goal. However, if it came out that the New York Times was again tricked, given the visibility and impact of this Op-ed, it could prompt serious efforts to reign in and control the media as a bad actor supporting The President’s Fake News/Regulation efforts.

It could be made to appear that the New York Times colluded to destroy the Trump Presidency and that might actually meet the threshold for Treason. By the way, should this turn out to be scam it would also damage the credibility of the Woodward book given the common subject matter. It is also interesting to note that the Woodward book showcases why the New York Times would be a likely target.

The Op-ed has all the elements of a scam. It is just what the New York Times wanted (something that seriously discredited a President that was attacking them aggressively), the writer is obscured with no way for a reader to validate them, the content is too good to be true (a member of the “Resistance” putting their life and career on line to out that resistance), and it would be (if it is a scam) an effective way to both destroy the New York Times credibility and fuel legitimate government action against that publication.

Just remember anyone can be scammed, working to make sure it isn’t us should be a higher priority for all of us, but right now, I’d say especially any news organization a government wants to get rid of.

Oh, and the other alternative, that the person that wrote the Op-ed is an idiot is sadly anything but unlikely…

Buying A Life Insurance Policy? Here’s How to Choose the Right Insurer