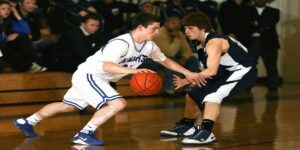 Rising Stars, a youth sports league for all skill levels, is a non-profit 501(c)(3) children and family comprehensive health outreach program based out of San Diego, California, operated by Verne Brooks, Jr.

Rising Stars Development League is able to impact so many lives because of passion-driven individuals like Jason Kulpa, serial entrepreneur, and founder of The Kulpa Foundation.

Brooks and Kulpa joined forces while Kupla was still CEO of the company he founded, UE.co. After Kulpa sold UE.co, he and Brooks have continued to work together, and have done so for two years now.

Brooks greatly appreciates Kulpa’s connections and partnership with Rising Stars. Kulpa has served as a vast network hub for the health outreach program as well as a mentor and guide.

“He’s a mentor; he asks questions about my business to make sure that his contributions are going to a good cause. He keeps me on my toes by asking important questions. The guidance has been great,” said Brooks.

On top of Kulpa’s mentorship, Brooks has voiced great gratitude in regards to the donations Rising Stars receives from Kulpa.

“[Kulpa] has donated to our organization to help struggling families. His donations allowed eight kids to participate in our organization, which is awesome because so many parents reach out to me,” said Brooks.

It is through Rising Star’s sports programs that Brooks can build connections with children in the community both inside and outside the gym to help more kids understand what they are doing is more significant than just sports. Kulpa’s contributions have taken an enormous financial burden of participant support off of Brook’s shoulders.

To further describe Kulpa’s impact, Brooks stated, “Eight kids, it might not sound like a lot, but it is a lot. Those parents are truly grateful and appreciate another source outside of the program, willing to help some kids. That’s always a plus.”

What are Kulpa and Brooks working on now?

Currently, Kulpa and Brooks are in discussion about working with a scholarship program for the kids who cannot afford the Rising Star’s soccer and basketball program services.

Kulpa has a personal connection and passion for supporting sports programs that contribute to bettering society. On top of donating towards San Diego’s Special Olympics programs, Kulpa wants to specifically help children who want to join Rising Star’s basketball programs. It is with these programs and others that Brooks can teach skills through sports to help children develop their talents.

Jason Kulpa is a serial entrepreneur and the Founder UE.co and The Kulpa Foundation. Mr. Kulpa is a San Diego’s two-time winner of the Most Admired CEO Award of the San Diego Business Journal and also a semi-finalist for the Ernst and Young Entrepreneur award. Jason’s mission to bring awareness, support, and inclusion for special needs causes.

How To Find The Right Laminate Flooring Retailer

Questions to Ask to Improve Your Digital Marketing