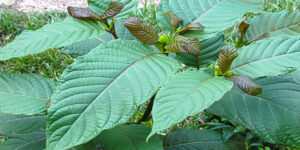 Kratom, a little-known plant from Southeast Asia, has slowly become a way of life and an alternative to opiates for hundreds of thousands of Americans dealing with chronic pain or an addiction to prescription opiate medication. Kratom users will tell you it is harmless, mildly habit forming, cures their pain, gives them energy, and is significantly safer and healthier than synthetic opiates from your pain doctor!

Many have used it to ease withdrawal symptoms associated with regular opioid use. Its users say it’s a god send. On the other hand, The Food & Drug Administration and the Drug Enforcement Agency want it gone, claiming it is a killer and not a safe alternative to opiates. The FDA recently released a public advisory re-affirming their position that kratom is deadly.

Kratom advocates are preparing for a political and legal battle over their right to access kratom. The 2 camps have been battling each other ever since September of 2016 when the DEA announced they were going to make kratom a schedule 1 substance, just like heroin or meth. The DEA announced the ban would take effect in 30 days but amazingly, at the end of that 30-day period, the DEA withdrew their plans. Many Americans voiced their displeasure with the DEA’s decision to schedule kratom and the DEA backed off, for now..So is kratom really a deadly drug like heroin or a benign plant with valid medicinal uses?

Kratom grows naturally in Southeast Asian countries like Thailand, Vietnam, Malaysia & Indonesia. The vast majority of the world’s kratom comes from Indonesia today. It has been used for centuries by the local population due to its energizing and pain relieving effects. In lower doses it acts as a stimulant and in higher doses it can be quite sedating. In Asia, kratom users typically chew the leaves of the plant while in the United States, users commonly ingest the leaves of the plant after they have been grinded into a fine powder. Users will mix kratom into a tea or mix it with juice and quickly drink the concoction. It does not taste pleasant.

About 45 minutes after consumption, users report feelings of calm euphoria, pain relief, and energy. The effects seem to last at least several hours. Many kratom users believe it is impossible to overdose on kratom and have expressed skepticism that anyone has died from taking kratom. This is because most people will vomit if they have taken a large dose of kratom. At some point, most people’s bodies will reject the kratom if too much is taken, and they will experience nausea and vomiting, largely expelling the kratom from their body they claim. Outside of pain relief and help with addiction, its users claim kratom can provide a strong boost of energy, help those suffering from anxiety and depression, as well as possibly helping with other addictions such as alcoholism.

The FDA is quick to say that the scientific/medical community has not done enough research on kratom to consider it safe for consumption. No company has submitted kratom for review through the FDA’s rigorous process to determine if kratom is safe for human consumption. The FDA claims they are aware of 36 “kratom related deaths” and they are concerned because “it appears that the general public believes kratom is a safe alternative to opiates”.

Where To Buy Kratom

For the time being, kratom is legal in most of the 50 states but it has been made illegal in at least 6 states (Wisconsin, Arkansas, Alabama, Vermont, and Rhode Island). Several cities and counties in the US have also passed laws outlawing kratom. Those interested in the plant can buy kratom online or at a local smoke shop.

Weight Loss in 2018 – What Can You Do Differently