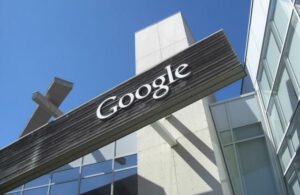 After taking a job at Google, Zoltan Szabadi (seen below right) received a lawsuit from his former employers, Amazon, claiming he had violated the terms of a non-compete agreement in a contract he signed when he joined Amazon.

This is not the first time that Amazon has attempted to sue a former employee, in 2012 they filed a lawsuit against former Amazon Web Services vice president Daniel Powers after he too joined Google as the director of cloud platform sales. Unfortunately for Amazon, the judge declined to enforce the most sweeping provisions of Amazon’s non-compete agreement. The company is apparently hoping that this time is different, despite the two cases being very similar.

Both companies are locked in fierce rivalry in the cloud already, so this suit forms just one battle in that war.

“Szabadi was directly and integrally involved with the marketing of Amazon’s cloud computing business to its partners and resellers, and played a significant role in developing Amazon’s business strategy and direction in this area,” the suit says.

“Szabadi was involved in developing, implementing and managing Amazon Web Services’ strategy for many of its partners, and was the first point of contact for most partners who were considering working with Amazon.”

According to the suit, Google on its own required Szabadi to agree not to solicit business from customers that he worked with at Amazon for six months after joining Google. He also agreed not to recruit employees from Amazon from the same time period.

However, Amazon says Google’s restrictions on Szabadi do not live up to the terms of the non-compete, non-solicitation and trade secret restrictions in Szabadi’s employment agreement with Amazon.

In the case, Amazon is seeking a more specific injunction, preventing him “from engaging in any activities that directly or indirectly support any aspect of Google’s cloud computing business with partners or resellers.”

Dragonfly is the latest advance in weaponised malware