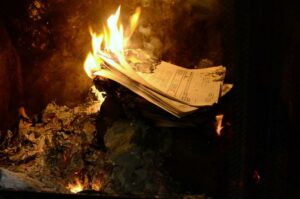 Hiring talented programmers is an eternal problem it seems. Companies are spending a great deal of time and money to find the talent they need to grow. There is also a tendency for very big financing rounds that force companies into rapdily ramping up their hiring to force greater growth.

HackerRankX just received a $9.2 million Series B round of funding and it is using gamification to create a new opportunity for hiring. Companies can base their selection by giving potential employment candidates coding challenges. The basic premise is that the company can essentially remove the first hurdle in the process, the phone interview, with a more empirical and efficient approach to selecting suitable candidates.

The savings in time and effort should be enough to justify the use of the platform. But, this is also part of a bigger trend where companies like LinkedIn are making the traditional resume obsolete. Your experiences are being tied into tangible networks and activities that are easily identified and assessed online.

Of course, this creates a great deal of churn because even modest talent can be in a perpetual state of being recruited because of their visibility the nature of the demands of the market. There is also the problem that programmers, in particular, are going to get hired for their skills today and not be able to break out of the mold through investment in their career. Simply, you work the same job and get yourself bid up with each hire because that is the easiest path to be continuously in demand.

“Companies save anywhere from 70 to 80 recruiting hours with every hire they make,” says HackerRank founder Vivek Ravinsakar. “So if they make 10 hires, that’s like giving back a thousand hours to the company.” Ravinsakar thinks this isn’t just how companies can reach out to skilled programmers–it’s how companies should be talking to skilled programmers. “Active programmers don’t move around with resumes. A developer will ask you, ‘What’s your GitHub profile’ or ‘What’s your StackOverflow profile’–and in a year from now, HackerRank will be like that,” Ravinsakar says. “The value of resumes is starting to go down. I feel like it will almost be dead in five to 10 years.”