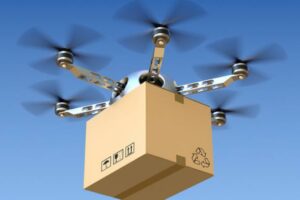 All of us had a situation in our lives when we needed to send something by mail. And most of us know what you need to write on the mail. Yet, not everyone knows how to make the delivery of the item much faster. Those 5 numbers after the address are called a “ZIP code”. And it is something you must know if you want your item to be in the right place at the right time. A definition for them is simple – they are just the codes that contain the information about your region, so you can say that it is pretty much your address written in numbers.

The History Of A Zip Code

Everything should have started in 1944 when a postal inspector Robert Moon offered to use the numeric regional system to help with the sorting and the delivery times. Yet, the system was only tested in the early 1960s in whole US territory. Yet, Moon only suggested the first 3 numbers, while another man, Henry Bentley Hahn Sr, was the one who added 2 more numbers. It was done in order to make everything more geographically specific. And that is how the ZIP code we know today was created.

Later, in 1983, the U.S. Postal Service implemented the new system, which was called ZIP+4. It brought another 4 digits to the existing 5. The extra numbers made the location clearer, as now the sorting machines were able to put the items with the accuracy up to a city block, which made the delivery much faster. The new technologies provided us with the new systems like the barcode and others, but the first 5 numbers were the ones who made the revolution.

Why Are Zip Codes Important?

There are many reasons why we need to lookup zip code. Yet, one of the main reasons that make ZIPs important is the fact that it gives no room for a mistake. There are situations when a street like yours with the same house number can be found elsewhere in the country. That might confuse the system to the point that it sends the item to the wrong city.

Sure, that will be found out, but it will be a couple of days until the person gets the item. Therefore, the importance of the ZIP codes cannot be busted. Moreover, the right ZIP might save your item if you are sending to a region, where everything is located far away from each other.

In the end, we can say that the codes were needed at the times when the postal service needed the faster speed of work. And even now, with all the technological features, the ZIPs are something that saves tons of time and prevents the postal systems from fails. Sure, there is some space for the new things, but generally, a ZIP is something people will always need.

Choosing the Ideal Web Design Company for Your Needs

Why You Should Start Playing Ice Hockey