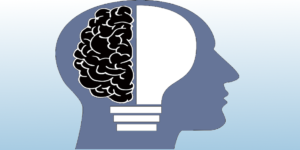 The desire to tweak ourselves is embedded in nearly all of us. We try to tweak our appearance with our morning grooming and dressing rituals, we try to tweak our bodies with diets and exercise, and if that is not enough there is always plastic surgery to give nature a helping hand.

Tweaking our brain, on the other hand, is harder to realize and much harder to objectively quantify. When you go to the dentist and ask for a better smile, you can explain what you want, the dentist can visualize your expectations, and you can see and judge the result. But you can’t go to a neurologist and say that you would like to be 10% smarter.

The brain is a complex and energy hungry organ, it represents around 2% of our body weight but uses 20% of our energy. When we talk about pimping our brain, we have to first decide what attribute we want to pimp, why we want to pimp it and then decide how, if at all possible, to pimp it.

There is a billion dollar industry built around supplements. It ranges from nootropics, that can help a student get a study edge, or enhance a fighter jet pilot’s combat abilities, to herbal based products, that promise a better memory or a better blood flow in our brains.

I had mentioned Modafinil, a popular nootropic, in a previous article. Apparently it is proven to have cognitive effects, like enhancing attention and concentration. If you search the internet there are a lot of first hand experiences of the drugs subjective effect on users; there are also studies about the measurable effect the drug has on our brains, so it is safe to say that it is not just a hype, but there are far too few studies on the long term effects to label the drug as harmless.

Prof. Con Stough, Professor of Cognitive Neuroscience and Psychology at Swinburne University, has been studying nootropics and their effects on the human brain for quite a while. In a Reddit AMA session, the professor discusses the effects, and side effects, of different drugs that he has studied. He confirms that there are measurable, positive cognitive effects from Modafinil, but he believes the enhanced ability to solve problems, is more a subjective feeling than an objective observation.

Interestingly he also admits to taking vitamin B6, B12 and antioxidants, Pycnogenol, as supplements. Insisting that he has not done any studies, only reviews, he is also convinced of the positive effects Bacopa and Ginseng, two popular plant-based supplements, have on our brains.

We have all heard it somewhere- The brain is like a muscle and can be trained.

A lot of us have been brought up believing that we are born with a limited number of brain cells, and with time, alcohol and stress, they will irreversibly die away, making us “dumber” by the day. That is not true, we constantly grow new brain cells, like all other cells, and taking your brain for a jog is not really a joke. Studies show that new muscles make new proteins that also stimulate the brain to grow.

Learning new motor skills, like juggling, or behavioral/ environmental changes, are known to encourage synaptogenesis. Adults with an increased number of synapses have a better cognitive functionality, and are less likely to suffer from neurodegeneration, compared to their peers with a lower synapses density.

What apparently does not help, is the sea of apps and computer programs that promise to improve your brain, in some way or the other, through regular training. One study

has shown that after six weeks training with diverse computer programs, there were measurable improvement in a number of benchmarking tests participants took before and after the training period, but it did not translate into an improvement of tasks that were not trained, even if they were cognitively similar. So you get better in what you are training but it doesn’t mean that your brain will generally function better.

There are lots of methods to enhance your brain, some a little extreme and not yet recommendable, like implanting electrodes in your head and electrocuting your brain; and others more subtle, like association methods to help you remember things better. The question is: how much of what do you really need, and how do you measure intelligence? Is a bigot with a PhD. more intelligent, or a compassionate social worker with a high school diploma?