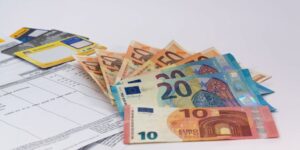 We’ve all been witnesses to the disruptive nature of digital technology in its many forms. Digital currency in particular is one technology which touches and changes lives on a daily basis. It has had sweeping effects on individuals, nations and global trade. Changes to the way we make payments, order food, book rides, shop, or invest have been nothing short of revolutionary. Now let’s take a look into how digital currency is about the change the face of international money transfers.

The use of open source technologies such as blockchain is leading to a decentralization of the economy, with less and less money moving through major banks. Faster transactions and leaner transaction costs are making it possible to transact from mobile devices and while on the move. Lower costs and enhanced flexibility are making it possible for communities in remote areas and without access to formal banking services to be a part of the digital economy. The inclusion of hitherto economically neglected sections is meaningful and profitable for all parties, and contributes to the expansion of the economy. Over time it also improves standards of living and quality of lives. Remittances are a case in point. Remittance transfers from overseas workers have been reported to have profound long term impacts on the quality of lives of the families of expats living in remote areas of the Philippines, Myanmar, Nepal, and several other nations in Asia, Africa and Latin America. Digital international transfers made it possible for the international remittance sector to continually expand and amount to worth more than 600 billion dollars annually.

In addition to making international money transfers faster, more convenient and more secure, digital currency is easier to convert. The costs of currency conversion are also lower with digital cash. This is because physical stocks, manual checking, and several of the middlemen are eliminated. Digital money transfers are easier to track, manage and file. With instant tracking there is more accountability for all stakeholders involved. Moreover with electronic transfers it is possible to work from anywhere. You can do paid work for an employer or client who may be in any other part of the world. Working from home and while on the move are becoming increasingly common. This is adding much needed mobility and flexibility to the workforce.

In an era of digitally minted currencies and decentralized transactions regulation is seen as a potential issue. We have already seen the wild fluctuation in the price of Bitcoin and other cryptocurrencies. An unregulated market is prone to speculation, and unregulated speculation is a recipe for disaster, as we know too well from the recent financial crisis of 2008.

The future of physical money

Money is being rapidly converted into its many digital forms. A multitude of applications are being made available for conveniently making payments and doing transactions. Verification and authentication are being made more reliable, more spontaneous and less intrusive with technologies such as voice and face recognition. Transactions are progressively becoming automated. People love to use digital money because it is convenient. Governments are encouraging the use of digital currency because it is easier to track. In addition to the electronic forms of national currencies completely new digitally minted currencies such as Bitcoin are being made available in a range of flavors. These are gaining in popularity rapidly. The use of physical cash is progressively going out of fashion, and with good reason.

The weakest link in the entire process of a digital international transfer is usually the bank clearing system at the end of the line. The reason is that these systems are subject to legacy manual reporting requirements installed by national central banks decades ago. If international transfers are to become cheaper and faster, more national governments must embrace the digital economy. Here the governments of the UAE, the UK, Sweden and some others have set excellent examples to follow. The UN also supports a reduction in the costs of international money transfers. According the World Bank, “Reducing remittance costs to 3 percent by 2030 is a global target under Sustainable Development Goal (SDG) 10.7. Increasing the volume of remittances is also a global goal under the proposals for raising financing for the SDGs.” The use of digital international money transfers has a huge potential to grow in the B2B payments domain. This sector already contributes to the largest volumes of digital transfers annually. However, with the proper stimulus, the current volume can easily grow by five or six fold within the next few years.

Sharon Kalipai is a contributing writer at Sparkwebs LLC, a Digital and Content Marketing Agency in Denver, CO. When she’s not writing, she loves to travel, dance and read books.

How to Measure Influencer Marketing ROI

Tips for Responsible Marijuana Use