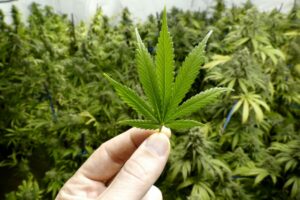 More and more states around the country are legalizing marijuana for medical and in some cases recreational purposes. While it remains illegal at the federal level, undoubtedly the general public’s views of marijuana are changing.

While marijuana may be increasingly legal, that doesn’t mean that it’s a free-for-all. There are still laws and regulations surrounding the use of marijuana, including recreational use. In states where recreational marijuana use is legal, the laws surrounding it are similar in many ways to alcohol. For example, you have to be a certain age to use marijuana legally.

The following are some things to know and tips for responsible marijuana use.

Don’t Use Marijuana and Drive

There isn’t a lot of research as it stands now about the effects of marijuana on driving abilities, but there are some reasons to avoid combining the two. First, you can get a DUI for using marijuana and driving.

As an example, under the California Vehicle Code, you can be arrested and charged for driving under the influence of drugs, if the drugs have impaired your mental abilities.

There are a lot of gray areas with this, however since it’s difficult to know how much marijuana impairs your driving skills. It can also be challenging to test for the use of marijuana, unlike alcohol which can be detected with a breathalyzer. Compounds found in marijuana such as THC can linger in the system for weeks as well, so someone may have used marijuana long before driving,but it could still show up in a drug test.

Because of all these variables, the recommended guideline for responsible marijuana use is to avoid it if you’re going to be driving or operating a vehicle.

If you’re going to be smoking marijuana, don’t do it in public. There are a lot of reasons for this. One of the biggest is the fact that you don’t want to subject everyone around you to secondhand smoke, legal or otherwise.

It’s similar to smoking cigarettes, and some people simply won’t appreciate it.

Also, if you’re a renter, you should make sure that smoking marijuana on the property where you live is allowed by the landlord, even if it’s legal in your state.

In general, just as you wouldn’t drink in very setting, you shouldn’t use marijuana in every setting.

Don’t Overdo It on Edibles

Edibles are one of the increasingly common ways people are ingesting marijuana. They’re compact, easy to use and they’re available where marijuana use is recreationally legal. However, edibles can take up to four hours to take effect which isn’t the case if you’re using marijuana in other ways.

It’s important for people to realize this, and give themselves time before they go in public or try to do anything after using edibles. Overdoing it on edible forms of marijuana can lead to paranoia, anxiety or hallucinations.

The general takeaway here is to know how different types of cannabis affect you, follow dosage instructions and know your limits.

Cannabis Is Only Legal For Adults

Currently, in terms of recreational use, cannabis is legal only for adults. Just as you wouldn’t allow teens to use alcohol, they shouldn’t use marijuana. The reason is that someone using marijuana should be mature and responsible. Of course, if marijuana use is medical and supervised by a physician, this can be a different case.

If you’re an adult who uses marijuana, you should keep it safely stored away from children. Children ingesting marijuana can be extremely dangerous. Children who accidentally consume marijuana, and especially with edibles, may experience poisoning.

Plan Before You Use It For the First Few Times

If you don’t have a lot of experience using cannabis, or you haven’t used it in a while, you should plan ahead before using it the first few times. You should give yourself a safe space to relax, and don’t plan on going to work or anything similar after you use it. If you have someone you can be with who’s sober, even better.

Finally, as is the case with alcohol, even though recreational use may be legal in some states, it doesn’t mean there aren’t risks associated with marijuana including dependence. If you use marijuana too often, or you continuously use high doses you can become psychologically dependent. Be responsible not only in how you use marijuana, but how often. Don’t allow yourself to get the point where you require marijuana to function or feel good.

The future of international money transfer in the digital currency era

What to Do When You Get Occupational Asthma