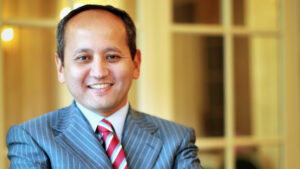 Fugitive billionaire businessman Mukhtar Ablyazov, wanted on corruption charges by the UK and several other European countries, has agreed a safe haven deal with Belgium as the authorities in neighboring France move to oust him.

The businessman, who is wanted in his native Kazakhstan for stealing more than $5 billion, has agreed to give evidence to Belgium’s Kazakhgate commission in return for a passport and immunity.

Sources have confirmed the businessman has met Dirk Van der Maelen, the president of the Belgian commission, and agreed to appear in front of the panel in Brussels later this month.

He will give evidence against Kazakh businessmen Patokh Chodiev and Alijan Ibragimov, who are accused of abusing Belgium’s citizenship laws themselves and paying for the Belgian criminal transaction law to be introduced in 2011.

It is the second time the Belgian authorities have investigated the businessmen. The first investigation, which took place in the early 2000s, was later exposed as having been the result of a plot, hatched in a Paris hotel by Bulat Utemuratov, a rival Kazakh billionaire, and involving allegedly corrupt Belgian police officers.

Ablyazov, a former energy minister in the Kazakh government, is accused of stealing billions from BTA Bank, where he was once chairman and majority shareholder. The businessman also later founded an opposition political party in Kazakhstan.

He was charged by the Kazakh authorities with stealing billions from the bank and Russia and Ukraine say its citizens were also defrauded in the collapse.

The tycoon previously lived in the UK but fled in 2012 from what was the biggest ever fraud case to be heard by London’s High Court after being sentenced to prison for contempt of court.

BTA collapsed in 2009 and the bank’s receivers pursued his assets in the London High Court, seizing the businessman’s UK assets, including his Carlton House mansion in The Bishop’s Avenue, London’s “billionaire row”.

After going on the run for a year, he was tracked down by private investigators living in Cannes in the South of France. A French court ordered him to be extradited to Russia but last year Ablyazov succeeded in having the decision overturned.

However, sources close to the businessman have confirmed that the tycoon believes his position in the country is becoming less secure and is preparing to flee.

The French do not have an extradition treaty with Kazakhstan, which wants to put the fugitive on trial, but it does have treaties with Russia and Ukraine.

In 2013, in a bizarre twist to the case, Ablyazov’s wife Alma was controversially deported from Italy with the couple’s daughter Alua. Police hunting Ablayazov found them travelling on fake Central African Republic passports. The pair claimed their detention was kidnapping, not a deportation.

Entertaining Yourself with the Help of a Laptop

Everything You Need To Know About Digital Banking Solutions