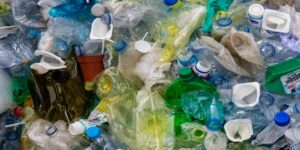 HP released its annual Sustainable Impact Report last week, and it is an interesting read.  One phrase jumped out at me, though, and that was their CEO, Enrique Lores when he said: “There has never been a better time for all of us to imagine the future we want to create together.”  You see technology companies, at least those that are and want to remain successful, don’t build for the world of today, but the world they hope will exist when a product under development comes to market.  Now, up until relatively recently, that just meant that the market wanted to buy the thing.  But now, due to the various world problems, they are pivoting to imaging a better world.  HP is arguably the leader in this effort, with some of the most impressive progress.  This progress, just so you know it has another benefit, has been connected to $1.6B in additional revenue for the company.  So you can do well by doing good, very well indeed.

This report continues to showcase HP as a leader, particularly in creating a closed-loop recycling system.  This last is critical if we are ever to get ahead of the ocean born plastics problem, which is contaminating our food supply.

Let’s focus on closed-loop recycling this week and why it is critical to our survival.

What Is Closed Loop Recycling

Most of the Ocean Born Plastics efforts only delay and reduce ocean born plastic contamination. They don’t eliminate it.  They harvest plastic from the ocean to build parts that are then discarded and not recycled, so they do reduce the amount of plastic waste by the amount they consume, but that plastic still goes back into the environment.  Though, typically the kind of waste that results goes into landfills and not the ocean. Hence, they do have a positive impact on ocean born plastics. They don’t entirely eliminate plastic pollution.

Closed-loop recycling, which is what HP uses in its printer cartridges and paper supplies, is vastly different.  With closed-loop, what you put out comes back, is recycled, and then resold.  In short, there is an initial consumption of plastic, which increasingly comes from the ocean, and then that plastic (and paper in this case) is placed in perpetual use, so it doesn’t end up either back in the ocean, or most likely, in landfills.

This benefit has the potential for the most significant impact because it consumes waste and doesn’t turn around and regenerate that waste.   When fully implemented, the lines that use this method should be waste negative; in other words, reducing the total amount of waste existing in the world without contributing to that amount.

If we could operate with closed-loop manufacturing across all products, you not only would eliminate more waste, you would gradually eliminate the pre-existing waste that is currently putting us at risk.

Now there are other beneficial side effects to this, the HP effort not only reduced over 1M pounds of plastics, but it created over 1,110 local income opportunities.  Also, they helped 150 people gain access to help services and funded technology for two schools where the plastics were being mined in East Java.  Imagine if every company did this, how many more jobs would be created, how many more schools funded, in addition to the amount of waste that is eliminated.

Closed-loop recycling is one of many efforts HP is championing.  Over the last year, they have reduced Scope 1&2 emissions by 44%, water use by 18%, waste by a whopping 92%, and they generated 240,400 Megawatts of power from renewable energy sources like solar and wind in 2019 compared to 2015.  And this goes down to individual contributions because HP represents that 1,500 of their employees and their families volunteered for shoreline cleanup over 27 sites, and they picked up 9 tons of trash.

Their diversity efforts are aggressive even at the top of the company with their board 42% made up of women, and 58% minorities and their top executive staff are 23% women with 31% director level and above.

That is impressive progress and, I expect, when we next get this report, we’ll see an equally impressive contribution from their 3D printing (where they have already massively increased reuse of unused materials) and PCs (which are already beginning to use ocean born plastics).  Remarkable progress and I know that the HP employees are very proud, and rightfully so, of their firm’s progress and leadership in sustainability.  I also expect, given the economic benefits already received, that in 5 years they’ll likely point to nearly $5B in revenue tied to these efforts, we’ll see.

6 Tips on How to Increase your YouTube Subscribers Easily

How to Find the Best Egypt Vacation Packages