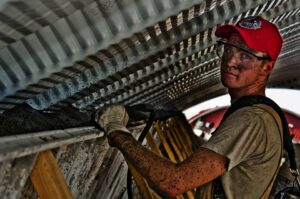 Shortages of skilled labor has been an emerging trend in recent years and one that continues to plague construction companies. Many workers who left the trade during the recession have not returned, and companies are struggling to build strategies to deal with the lack of skilled labor.

In the September 2017 USG + U.S. Chamber of Commerce Commercial Construction Index report, which provides a quarterly outlook for the commercial construction industry, 66 percent of contractors stated that they would be hiring new employees in the next six months, and 96 percent of them said that they had trouble finding skilled workers during the second quarter of the year.

Some experts believe that, at base, the cause of the shortage is that the industry has not been attracting enough younger workers to supplement the existing workforce, and that these younger workers are drawn instead to other fields, like information technology and software development.

Michael Beattie, founder and CEO of MBM Consulting, a firm that provides construction and operational expertise to businesses both in Toronto and across North America, offered his perspective on the recent skilled labor shortage.

“It’s important to understand and appreciate the labor market,” he said. “Finding skilled labor can be difficult, and many construction companies have developed sophisticated tactics to address this problem. Workers have left or are aging out of the trade, and companies will need to aggressively pursue solutions in order to meet their own needs.”

Dominic Thasarathar, senior industry program manager for construction and natural resources for Autodesk, was quoted in an article for ConstructionDive saying, “So many people left the industry or were laid off, and now there’s a real struggle to find the right people to staff the projects that are now coming online.”

So, how can construction companies find the right people?

Michael Beattie goes on to explain that some of the strategies that he has seen companies use over the last 18 to 24 months to address the problem involved making extraordinary efforts for recruiting and retention. Beattie also explained that construction companies can pair new employees with experienced employees to increase training opportunities and allow for better transfer of knowledge. In addition, companies can try to recruit skilled workers from other industries, such as oil and gas, that may experience occasional downturns.

As many have noted, the lack of younger workers in the industry is also another factor contributing to the shortage of skilled labor. In a recent article about the topic on Curbed, Randy Strauss, the president and owner of Strauss Construction, mentioned that he worried about the aging workforce that he saw in the construction industry and the lack of younger homebuilders.

Construction companies have worked to recruit younger workers through a number of methods. Companies dealing with skilled labor shortages, for example, have partnered with schools or organizations to provide vocational and training programs for younger workers who are just entering the workforce.

In his role at MBM Consulting, Michael Beattie has seen a number of construction firms encounter difficulties with meeting their labor demands over the past few years; however, he believes that companies can improve their circumstances by utilizing different strategies for recruitment and by treating the labor market as a critical part of doing business.

The 3 Best Fashion Apps For Women On The Go