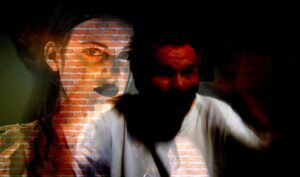 Domestic violence cases take certain ‘personal’ tags at the law courts and in most cases, you’ll not be given a level playing field when you are accused of perpetrating acts of domestic violence. You should, however, keep it at the back of your mind that until you are nailed down as guilty, you are innocent and can find a way to get out of the case. So how do you defend yourself against a domestic violence case? How do you pull through?

Before everything else, let’s acquaint ourselves with what constitutes domestic violence.

Secure enough evidence by yourself from the incident

One sure way of defending yourself against a domestic violence case lies in gathering evidence that casts significant doubts on the case. The evidence you gather might take different formats. For instance, for accusations of hitting someone, it’s good to take pictures of your hand, which can later be used to confirm symptoms of scratches, bruises, and swelling. If nothing shows that you really committed the act, then you are one step towards vindicating yourself of the case.

Evidence of the victim engaging in things like taking drugs or alcohol during the incident will go a long way to question the credibility of their claims. Any evidence you think would help you clear the doubts surrounding the case should be well gathered.

A witness is required

Even after gathering the evidence, it might not be enough to walk out of a domestic violence case just like that. The road to your vindication will become less cumbersome if you have a witness. Were there family members? Did you have a friend at home when the incident took place? What about your children or any neighbor nearby?

Witnesses can be called in for questioning or the court might require them to append their statement about what they saw or heard.

Get yourself a good lawyer

To survive the final battle, you are going to need a good domestic violence lawyer to steer the wheel in court. You aren’t going to court with your evidence, photographs, and witnesses to argue yourself out. You need a lawyer who understands what they are about and can work their way in getting you out of the mess.

The hiring of the lawyer should be done early enough. In order not to complicate the situation, don’t speak to an attorney without a lawyer by your side. Remember, “Anything you say will be used against you in the law courts”. So speak carefully and speak in the presence of your lawyer.

Domestic violence is a big crime that might cost you a lot of fines or even send you to jail. When it happens, get yourself a lawyer, gather evidence, and secure a witness, and you’ll be on the right path to vindicating yourself.

How to defend yourself against wrongful drug possession charges