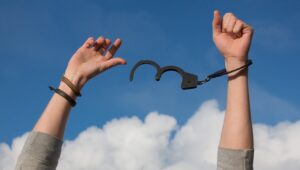 Many people go to prison every year for possessing drugs. Whiles some are guilty, others are sometimes accused wrongly. You could be in the same situation for wrongly possessing drugs – it could be found in your car or in your room. Sometimes, it’s just a misunderstanding, which could bring you serious drug offense charges if you don’t take the necessary steps.

Before we talk about how to protect yourself from these charges, let’s look at what constitutes drug offenses.

How to defend yourself against wrongful drug offense charges

So you’ve been caught selling drugs, using drug paraphernalia, or moving drugs from one place to another, and maybe all is a misunderstanding. How do you defend yourself after you’ve been convicted? Find out what to do.

Challenge the source of evidence

If you are convicted of possessing drugs, you can fight your way out by challenging the source of the evidence and the ways in which the evidence was collected. You can start by arguing that the officer had no probable cause for stopping you. In case the confrontation was legal, the search that was done leading to discovery of the drugs could be challenged. Here, you can cite the fact that the officer had no warrant, especially if the search on you was spontaneous. As a citizen, it is your constitutional right to accept or decline an unannounced search, and so you can use that and prove that the officer’s evidence was inadmissible.

Imagine you are using a friend’s car and you are stopped and searched, which leads to the discovery of drugs in the car’s boot. What is the legal thing to do in this situation? As a defendant, you can use the ‘constructive possession’ rule to clear any misunderstanding by asking for a proof of possession, which could lead to the discovery of the real owner of those drugs and set you free from the charges.

So you’ve gathered a bottle full of nice spices for your kitchen and all of a sudden the police decides to arrest you on the way for drugs possession. On the surface, you might take it as a mere misunderstanding, but it could cost you a lot of fine if you don’t take steps. In this case, make sure that you follow up on any laboratory tests and prove the real contents of the bottle.

Though you might see some drug offenses as minor or not even offenses, these crimes, some of which you might not have even committed, can haunt you down. You could be given long periods of probation, pay fines, and sometimes, land yourself in jail. The earlier you take the steps to clear yourself of any drug possession charges, the better.

How to defend yourself against Domestic Violence Cases?