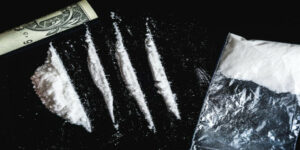 When we think about the best ways to overcome the opioid crisis in the United States, decriminalizing illegal drugs is rarely present at the table. After all, it seems like it would do the exact opposite. If illicit drugs such as heroin became legal, then surely it would become easier for addicts to acquire the drug and perpetuate their destructive behavior. Not to mention, making heroin easily available, will surely increase the number of current users.

However, one example proves that these assumptions are far from the truth.

For a long time, Portugal faced a severe heroin crisis that crippled nearly 1% of the entire population. So, how did they handle the issue? Contrary to what you may think, they didn’t implement harsher rules that made it extremely difficult for people to purchase the drug. Instead, they decriminalized heroin in 2001.

The results were staggering. According to a 2016 United Nations report, Portugal now has one of the lowest drug-related fatality rates in the entire world. In fact, in 2012 Portugal had only 12 drug-related deaths (and we’re talking about a population that is around 10 million).

Seems too Good to Be True?

Decriminalizing drugs was, for the most part, the decision that shocked the public, particularly because most people can’t figure out how making drugs legal would help bring down overdose death rates. It was not, however, the only decision taken by the country to solve its heroin crisis.

In truth, the decriminalization of opioids was only one part of a comprehensive framework specifically created to help addicts and users. Portugal opted to stop dealing with heroin addicts traditionally, put them face-to-face with the justice system and sentence them to jail time.

Instead, in Portugal, drug addiction is considered a medical issue and treated as such.

Nowadays, drug users in Portugal can receive up to 10 days’ worth of drug supplies instead of being charged with a criminal offense for possessing or using.

Whenever someone is caught using drugs, they are asked to go to an administration office overseen by the Ministry of Health. These institutions are allowed to apply certain fines and penalties, but their primary purpose is to evaluate the user.

They will determine if you’re a problematic user or an occasional one. Even if you’re just an occasional user, a team of specialists will still evaluate you to assess whether this behavior can lead to problems in the future. If you are putting themselves or others in danger because of your addiction, then you will be redirected towards a treatment facility.

In short, those who need heroin addiction treatment can get it, and those who only use the drug recreationally are no longer severely scrutinized. This measure not only allowed Portugal to deal with its heroin crisis head-on but it also drastically changed public opinion on drugs and addicts.

The U.S. is no stranger to drug epidemics, as the opioid crisis is currently keeping the nation under its grip. If you compare the two countries regarding drug-related deaths, you will notice that the U.S. is far behind.

After all, the Government is taking the necessary measures to help drug addicts recover, some very similar to the programs in Portugal. For instance, it is now common for drug users to follow medication-assisted treatments. Patients replace their drug of choice with less addictive and less harmful substances and ultimately work towards getting sober.

Perhaps the most evident difference between the two nation’s relation to drugs is the attitude they have towards them, and how they treat addicts. Portugal thinks of its drug addicts as patients in need of treatment. In the U.S., however, drug users are considered criminals and incarcerated.

Sure, attitudes can’t change overnight. Portugal had roughly 16 years to get used to this idea, accept it, and even revise the decision to provide better care for addicts. It is clear that there needs to be a statewide framework in which drug abuse treatment is encouraged over the criminal pursuit of addicts. Maybe it’s time to think of drug addicts as patients, not criminals.

With recruitment companies like Haida HR, China is emerging as an employment hub for foreign teachers