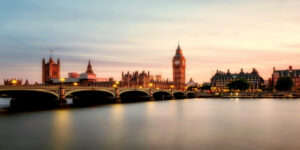 Labelled a crisis by the media, recent reports have highlighted the high number of vacant properties in London. Statistics show that there are roughly 20,000 long term unoccupied homes in the capital, which make up 10% of the country’s entire number of permanently empty properties.

With a corresponding rise in homelessness, and the fact that uninhabited properties prove to be popular targets for crime, the government has recently stepped in to try and alleviate the situation, announcing that local authorities can double council tax on empty properties. But is the situation really as bad as it looks on the surface? We take a closer look at London’s empty property predicament, comparing this to other major cities across the world.

The lack of affordable housing in London is partly to blame for the high number of vacant properties. Despite it being recommended that 65% of properties should be made affordable, only 38% of them currently are. However, this statistic does not tell the whole story.

Perhaps the most significant reason behind the amount of vacant properties is a rise in investors who buy property without ever having an intention of living in them. Mainly originating from outside of the UK, increasing numbers of investors are buying properties with the sole purpose of selling them on for a heftier price at a later date. The Kensington and Chelsea area for example, where 1,399 houses are currently unoccupied, is particularly notorious for being a ‘buy-to-leave’ hotspot for foreign investors, and has been described as a “ghost town”.

This buy-to-leave mentality is not exclusive to the Chelsea area however, with other parts of London also seeing a surge in these type of foreign investments. Every flat in the redevelopment of Heygate Estate in the borough of Southwark has been sold to a foreign investor, and a report by Transparency International UK found that less than a quarter of homes bought in 14 developments areas were purchased by UK buyers.

What are the effects of the vacant property crisis?

There are around 170,000 homeless people currently living on London’s streets. 18 of the top 20 areas with the most homelessness in the country are in London, and the fact that many of these vacant properties could be used to house those who need it the most has caused understandable outrage.

Unoccupied properties are also significantly more vulnerable to crime than lived in buildings. Empty properties carry a significant risk of crimes such theft, vandalism, squatting and fly tipping. Investing in onsite vacant property security can diminish the increased threat of crime, with around-the-clock property guardians living in a vacant building to provide maintenance and security at all times. However, most property owners do not consider this.

Nonetheless, the number of long term vacant properties in the capital is declining, with the most recent figures showing a decrease of 2000 vacant homes between 2015 and 2016. Coupled with the government’s tax on second properties, it is hoped that these numbers can be reduced even further in the coming years.

How does London’s situation compare to other cities around the world?

London is not alone in this problem. A number of other cities around the world are also suffering from high levels of property vacancy.

There are a staggering 107,000 empty homes in Paris, including 26% of homes in the capital’s first four arrondissements alone, and a 15% vacancy rate across the rest of the city. Much like London, the situation is largely down to a lack of affordable housing and the number of property owners who have a second home. The local government has already taken measures to help the situation and like the UK, has introduced a tax on second homes.

Japan as a whole has an empty property epidemic, with 8.2 million vacant properties in the country overall. The capital has an even higher rate of residential vacancy than the nationwide rate, and has seen rising levels of empty properties since the early 2000’s. According to the Statistics Bureau and the Tokyo Shimbun, the number of areas within the greater Tokyo region with vacancy rates below 10% halved between 2003 and 2013. This has been attributed to a declining population in regional areas, too many properties being built in comparison to the demand for them, and an increase in derelict homes that have been abandoned.

Melbourne is also rife with empty homes, with 20,000 vacant properties across its inner region and a 9.6% vacancy rate overall. The number of vacant properties in the Australian city has increased by 19% over the previous five years, which has again been attributed the abundance of people with second homes. In response, a vacant residential land tax was applied to homes in central Melbourne which haven’t been occupied for six months or more.

While there are no official figures covering the extent of New York’s own vacant property crisis (despite NYC advocates calling for their publication), a survey by Hunter College and Picture the Homeless found that the amount of abandoned buildings in just one-third of the city could house around 200,000 people. This constitutes a shocking amount of wasted space in the city, and the Housing Not Warehousing Act has recently been introduced to improve the situation. This act mandates the city to register vacant lots and buildings to be converted into affordable housing.

These examples go to show that a number of other cities across the world are tackling property vacancy crises of their own. In some cases the situations are worse than that of the UK. The state of affairs here is undoubtedly alarming, but the amount of empty properties are decreasing and a tax on second homes should help to alleviate the situation even further.

The Price of Complaining — Can Whining Impact Your Reputation?