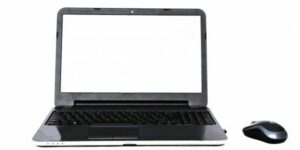 If you were born anytime after the 1990s, you probably cannot even begin to fathom a world in which computers did not exist. Nowadays, almost every single household has several of these amazing machines that have made living, so much simpler. They’re used for almost everything and present almost everywhere. Personal home computers are simply the tip of the iceberg when it comes to what these mechanical beasts are actually capable of. They’re being used as technical aids when it comes to the creation of almost any product. Computer aided manufacturing (CAM) and computer aided design (CAD) have become extremely relevant and widely used in this century. This is mainly due to the fact that these machines are extremely precise and accurate as compared to the human brain.

Computer aided design, simply put is a technology in the computer that is capable of designing a product and following/documenting the whole design process. CAD can be used to either produce two or three dimensional drawings, depending on your requirements. These can than be rotated within the program to present you with every possible viewing angle of your product’s design. It even presents a view from the inside. It’s used to create layouts of products, design concepts, test the dynamics and strength of the assembly process as well as the manufacturing process. It can be used on almost all major platforms such as OSX, Linux, Windows, Unix, etc. No additional tools are required, a mouse is usually sufficient unless you wish to get extremely detailed and technical. In that case, you may utilize a graphic tablet and pen.

ECAD stands for ‘Electrical Computer Aided Design’. It is basically a branch of CAD. It’s also a software on a computer that can be used to create new designs or modify old ones. You can make layouts and diagrams once again in multiple dimensions, two or three, as you see fit. ECAD is used for basically making assessments, designing and documenting electronic PCBS (Printed Circuit Boards). ECAD software come with numerous capabilities. Thus it is important choosing the right one. IGE+XAO Electrical CAD Software is an amazing product on the market that is available right now.

What capabilities does ECAD provide?

ECAD is capable of diagramming which lets engineers choose which electrical components they wish to use and what signals they’ll use to connect them. A standardized library is usually provided by the company from which they can choose components from. ECAD also comes with the ability to perform trace routing. This allows engineers to draw and design the path that a trace will follow within a particular layer of a printed circuit board that’s present between various electronic components. There are many more features that come with such software’s such as automation, collaboration, 3D assembly, manufacturing export, etc. What’s important here is choosing the right ECAD software to work with. IGE+XAO Electrical CAD Software is a reputable and smart choice, and one that encompasses the main features you would want from ECAD.

How to Get Rid of Severe Acne?