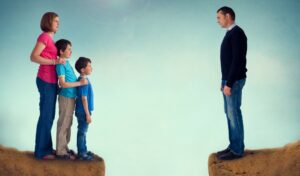 Legal issues sometimes get complex especially when you do not know much about it. The cases of child custody are one of them in which emotions are involved. All the cases can be complicated where the child custody becomes an issue between the parents. If you are also a father of a child and you are facing the same issue then you are reading the right article. You need to know some of the important aspects which are important for it. Father faces a lot of problems in it. It is not so easy to take the child from the mother. If you are thinking about it then here are some of the hurdles that you might have to face for getting the custody of a child:

Both men and women think of getting remarried after the separation with the first partner. It is a big hurdle for the father. Mother can claim that your second wife won’t be able to take care of the child. She will act like a furious step mother. So, you need to be careful in this case. Tell them that you are not replacing mother but giving another loving person who can take her also as her own child. She will not be there to hurt but to give the child balanced life with love of mother and father.

The comments of affidavits matters a lot which is mostly taken from the relatives, family friends etc. It can make your case strong or weak. So you have to request them to leave good comments in it. They will give a kind of surety that the father will take good care of the child and he always been a good person. The main thing is how much strong is your case? This is will force the judges to decide who should have the custody.

The Lacking Of Enough Record/Evidence

Off course the judiciary crew will ask you to prove how you are better care taker than the mother. You need to prove it with strong evidence. Before getting into the case, you have to collect all the possible factors which are in your favor.

This is a fact that money talks. If you are having a low bank statement or financial situation it is going to be a big hurdle. The mother can claim that the father cannot even afford the expenses then how he can have the child? Consult about it with your lawyer, he will tell you best suitable solution for it.

Weak Relationship With The Child

It is true that the father do not have that much strong relationship with the child as mother do. If same is in your case then definitely you are going to suffer. The child will not be able to settle with you mentally. You have to develop a relationship with a child. You can start giving him a drive to school or dropping to the daycare center etc. It is at least going to let the child know you also care for him.