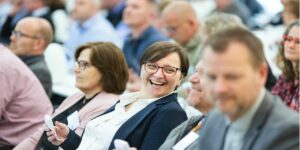 There seem to be a lot of companies that are having issues with employees now mostly due to policies the employees don’t support.   Amazon, Google, and most recently, Facebook has been in the news with employee revolts having to do with the behavior of the company, its executive management, or due to some unfortunate customer relationship. But not only does this trend suggest an increasing move toward unionization of tech, something the industry has mostly successfully avoided, but it also degrades loyalty and leadership broadly as employees from other firms see these successful revolts and begin to consider them as acceptable ways to deal with management.

Behaviors like this tend to spread, and if employees feel they can revolt against decisions they don’t like, executive management will face increasing problems with relation to getting employees to follow orders and behave within company rules.   If those employees, as I expect they are likely to form Unions, it will significantly hamper the related firms’ ability to execute timely and significantly increase the tension between the working-class employees and the executives.

Let’s talk about employee revolts and why they seem to be spreading in relatively young companies but not in the older firms now.

The Three Kinds Of Employee Revolt

We are currently witnessing three kinds of employee revolt.  There is a common revolt against working conditions.  This type of revolution is being showcased at Amazon, which appears to be treating employees more like replaceable hardware components.  This behavior often is the core cause of a successful unionization attempt because people can be highly motivated if they feel that their safety is being compromised unfairly to save money while the executives are living large.   Amazon is also aggressively mechanizing, which puts jobs at risk.  Given the broad move towards ever more intelligent robotics, the unionization of Amazon could become a storm that spreads to other firms that are either not protecting workers well enough of broadly automating.

The second kind of revolt is one where the employees object to customers the company has.  We saw this with Google and AI development for the US Government and the Pentagon.  This revolt has the least likelihood of directly leading to unionization but, given that Google appeared to retaliate against those that spoke out, there is a secondary risk resulting from employees in fear for their jobs for speaking out.  Fear of losing a job remains a good driver for unionizing a company and should rank and file employees feel they can democratically decide what customers a company takes on after the fact is broadly problematic.  You’d get a rank and file battle between sales and operations, making execution across the company increasingly tricky.

The third kind and most recent is what we see on Facebook. It represents a fight that is politically sourced but surrounds an uneven application of a policy a critical number of employees appear to support aggressively.  In this case, it is the treatment of false statements in the posts by political leaders, particularly the President of the United States.  Political fights within a company can be overly emotional. Because the emotions are fueled by outside actions, they can have broad and panful implications both inside and outside of the company.  As we have seen, people can get very vocal because their views are protected under the First Amendment being political.  This disagreement could boil over and result in the firm and the government driving the division going to war with each other. Firms typically, regardless of how big, tend to be overmatched when going to war with a government.

None Of This Is Good

All these internal conflicts showcase broad dissatisfaction with management, and it is exceedingly difficult to run a company if the rank and file are in open rebellion against leadership regardless of the cause.  Besides, all three companies are under some form of an anti-trust cloud, and dissatisfied employees’ disclosures could significantly increase unfavorable outcomes.  And all three of these disputes are manufacturing disgruntled employees within their respective companies.

It would also seem likely that if any one of these firms Unionized with would prompt such action in other firms if the initial effort were successful.  Three firms in play, therefore, effectively improves the odds of a Tech Union three-fold, and all we are waiting for is a large enough trigger event.  That event seems most likely to come out of Facebook, given the political and social turmoil boiling over in the United States.  Facebook’s cafeteria workers voted to Unionize back in 2017, and that provided a Union beachhead in the company.

It is interesting to note that even though older firms like Microsoft, Cisco, IBM, Dell, and HP could face unionization, currently, their employees appear to be relatively content and satisfied with management.  This relative employee satisfaction and approval of leadership suggest that the younger firms need to dramatically rethink their HR practices and bring them into line with the older firms that don’t appear to be facing an employee revolt.

Typically, this means less employee influence on operations and more executive folks on employee needs and growth focusing them back on the job and not on operational issues outside of their authority.  If Amazon protects their employees better that problem is likely to go away, Google should probably avoid defense department contracts for a time.  But then staff them with properly vetted employees and better adhere to the confidentiality clauses in the related agreements more aggressively, so the decisions stay closely held and not part of any broad company discussion.

Facebook is the most problematic because they are allowing politicians to ignore policies that are broadly favored in the company.  If the US President isn’t above the law, he isn’t above company policy either and Facebook for its survival because the repercussions against the firm once President Trump leaves office are significant and to prevent further election tampering.  They don’t have a ton of time to get their act together, given the current administration is badly lagging in the polls, and the Democratic party is likely to enter with a broad mandate for change while Facebook is under an anti-trust cloud.

But regardless of where unionization starts in tech, it is likely to spread to the other firms at risk.  The Union is then expected to try to spread to the industry and, once it gets to critical mass and is well funded, it may be nearly impossible to stop.  The result would be a reduction in effectiveness for the entire US tech industry, which, ironically, will likely provide China with the competitive edge they need to take market leadership.   These firms, particularly Facebook, need to get ahead of this, or they may not retain market leadership, let alone survive long term if the industry embraces Unions.

Unions aren’t well understood by these firms, and they are likely to regret it if they become established, but if the firms continue to abuse their employees, Unions will result.

How to Support the Professional Growth of Employees