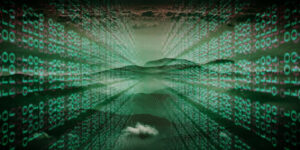 Today, nearly 80% of Americans have a social media presence whether on Facebook, Instagram, Twitter or other platforms. Meanwhile, there are already 33 million Facebook profiles belonging to deceased, which exceeds the number of people living in Australia. Some pages still operate as memorials. Others just still operate.

By the end of the century (2098 to be precise), there could be more dead people on Facebook than the alive ones. What does it mean for us, and what impact it may have on our culture? Before we go further, let me tell you a story.

A friend of mine has visited the Auschwitz-Birkenau Memorial Museum recently. She told me that the deepest impression of this visit was… a shoe. The museum holds thousands of camp prisoner’s personal belongings, and one room has piles of shoes behind the glass. The one – elegant slipper, blue and red – was closest to my friend and caught her eye.

She saw photographs and archive footage, a grim surreal black-and-white nightmare, but this colorful slipper had stricken her as something so real. She imagined a woman who would buy it, who could wear it, who probably had sore feet because of it, and how it must have hurt. Imagined a vibrant woman who wanted to look good – and her violent end. As she spoke about it, her eyes watered.

Isn’t it the reason why we are so fascinated with all the bead necklaces from Egyptian tombs, and dresses of Monroe that go under the hammer at Christie’s and Sotheby’s? Unlike pictures from history books, they are real, they are personal and simple enough for everyone to relate to. Any story, no matter how huge it is, must have these tiny anchors to be the history and not the myth.

Our social accounts may become such anchors for future generations. People from books and chronicles are no more than patterns and schemes, while people on Facebook are real. In fact, being on Facebook is a mandatory condition for making people believe you exist. Our lives should be mirrored in the digital world, otherwise, we risk arising suspicions.

Leaving a profound digital footprint is a socially approved norm, a requirement. In the digital world, we acquire public personas, and being socially available for the public has always been considered good manners. Therefore, if you are not on Facebook and not on Twitter – at least be somewhere. Provide a googlable version of yourself, unless you are rude and uncivil.

This notion does not leave a place for digital privacy, or any privacy for that matter. Yet, there is more to that. What was before all about interactivity and instantaneousness, growing before our eyes into something bigger – something cosmic, if you wish.

In Jungian psychology, our personal unconscious is steeped in the collective ancestral experience, common to all humankind. Today we record our personal experiences, our memories, and anxieties as photos, memes, jokes, cat videos, comments. Even in death, they do not dissolve into Jungian collective unconscious – they linger on as individual influences, they continue to exert an impact on the functioning of the living comparable to the impact of yet alive.

Some twenty years from now a person may enter a peculiar combination of words into a search engine and stumble across dead persons’ account – and be impressed with their shrewd sense of humor, their style, their image, their ghost. The collective subconscious has acquired a medium. Stop here for a second and let it sink in.

As I was looking up a recipe for a chicken curry, one of the first links I got led me to a personal culinary blog. The recipe was just what I needed, all instructions and photos were right to the point, and occasional jokes about my lack of skills were poignantly prophetic. After I finished the cooking, I scrolled down to the comment section to say thanks for such helpful tips, where a sudden “RIP” startled me. The blog was 10 years old and the author was no more. I scrolled up to take another look at the profile photo. The smiley person was teaching and teasing me from beyond the grave.

With such vast database, how sophisticated a neural network do we need to produce a veritable AI, and how far are we really from reaching the singularity? To both questions – not very.

However virtual the digital world may seem, there is still much more substance to it than to collective memory, populated by archetypes, but never by distinct individuals.

Digital is forever – are we? Until it will be possible to upload our mind onto a hard drive, this is as close to immortality as one can get.

How To Start a Successful Online Boutique brand: Take Ashlynn Avenue as A Case

How to insure and backup mobile data?