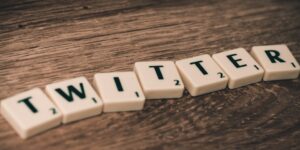 Several years ago, Twitter could take credit for various political movements such as the Arab Spring. It was easier for the company’s executive to joke about their liberal stand on free speech. However, things are now more complex as the giant social media platform has been increasingly playing a host to propaganda-spreading bots, bullies, Nazis, ISIS recruiters, nuclear threats of war, and harassers. Part of the content published on Twitter is toxic, and it isn’t just a problem to humanity – it’s also harmful to businesses as it drives prospects away.

Fortunately, Twitter began shifting from the ‘free speech wing of the free party’ and altered its stance on the so-called free speech in 2016. The company created a Trust and Safety Council consisting of advocates, researchers, and safety groups to help in addressing the emergence of hate groups and hate speech. However, many critics aren’t contented with the results. Various reports have revealed Twitter’s negligence and failure to stop or penalize harassers and hate speech on the platform. Note that these shortcomings have made this giant social network missteps more frustrating to many people.

Do these mistakes (or inabilities as most critics would call them) mean that Twitter can clean the hate groups and hate speech mess?

After a long time of promising a crackdown on abuse and hate speech on Twitter, the tech giant rolled out policies aimed at curbing the growth of hate groups and hate speech in 2017. In December the same year, the company suspended several accounts associated with an ultra-nationalist of British group. Some of the group’s inflammatory anti-Muslim videos had been retweeted by President Trump.

While the Twitter’s move ignited outrage among the far-right groups, it wasn’t an unplanned act. Indeed, it was the latest act in a strategy by the company to roll out and implement policies to eliminate hate speech and hostile groups from the platform. The tech giant hopes to become more approachable for non-users and also palatable for both people of color and women. These groups constitute Twitter’s most loyal users and the most vulnerable to the barbs of web abusers and trolls.

While some political and non-political and other related users praise the Twitter’s stringent measures, some people and groups balked at the idea of the social network regulating speech and expression. They argue that Twitter’s policies have remained opaque for quite some time. The Electronic Frontier Foundation based in San Francisco, the Center for Democracy and Technology (CDT) and other online civil right organizations didn’t consent to the Twitter’s move. These organizations questioned the platform’s power to regulate the freedom of speech.

According to the director of the Free Expression Project at CDT, Emma Llanso, any tool that allows online censorship can be potentially used against anyone regardless of the ideology. Emma made such remarks after several far-right groups were eliminated from social network sites.

The Tech giant’s diminished tolerance for tweets and retweets considered violent, hateful, or abusive has become an integral part of the company’s corporate strategy. The Corporation has rolled out various policies, safeguards, and restrictions. These include the temporary or permanent suspension of accounts associated with terrorists, extremists, and other violent groups.

For many years, Twitter has been accused of amplifying the reach of rhetoric and people that spread violence, hate, and extremist opinions. To weed out the extremists and hate speech, the company had to take a more hardline stand by drifting away from its free-stance stance that users and anything published on its platform can self-regulate.

The company took its efforts to root out hate speech and extremism a notch higher recently; the company announced that it will account for each user’s profile information and penalize any user who violates the company’s policies. Whether the users are affiliated with known hate groups and extremists or simply espouses an ideology that violates the network’s terms and it conditions, any violation will be penalized.

Twitter’s efforts to make the platform more user-friendly and eliminate ate groups brings hope to victims of hate speech. Everyone looks up to this tech giant and the federal government to put an end to the existence of hate groups and minimize hate speech.

Tips to Migrate A WordPress Blog