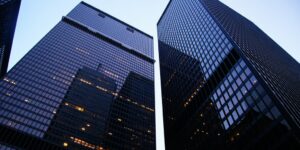 This past December, just before the beginning of 2018, Westfield was bought by Unibail Rodamco, one of the largest real estate companies in Europe. This was one of the largest property acquisitions to be made in about five years, with the Westfield Corp. being sold for $15.8 billion. In large part, this acquisition was a result of the changing retail market as consumers spend more time shopping online than visiting stores in person to make their purchases.

In fact, according to The Financial Times, there have been many mergers of this kind taking place recently. They explain, “There has been a recent flurry of prospective deals in the global retail property sector. The UK’s Hammerson offered £3.2bn ($4.3bn) to buy its smaller rival Intu while Canada’s Brookfield is trying to buy out the remainder of GGP real estate group for $15bn.”

The Westfield Unibail merger saw a shift in company management, in both the Westfield and Unibail Rodamco teams. Important to note is Peter and Steven Lowy joining the Supervisory Board of Unibail Rodamco, which demonstrates to stakeholders that the transition will be handled carefully.

Of the Westfield Takeover, their father (and original founder) Frank Lowy explains, “the culmination of the strategic journey Westfield has been on since its 2014 restructure…We see this transaction as highly compelling for Westfield’s security holders and Unibail-Rodamco’s shareholders alike.”

Peter Lowy (Bloomberg.com) is especially impressive as part of the project, considering that he has thirty years of experience and worked as managing director since 1977. According to the Westfield Corp. website, “Peter Lowy is an Executive Director of Westfield Corporation and currently serves as Co-Chief Executive Officer. He holds a Bachelor of Commerce from the University of NSW. Prior to joining Westfield in 1983, Mr. Lowy worked in investment banking both in London and New York.” As for Steven Lowy, who is now Co-Chief Executive Officer of Westfield Corporation, he has worked in investment banking in the US, and also studied Commerce (Honours) at the University of NSW.

Even though both brothers have stepped down from the original positions with Westfield, they will continue to work alongside new partners to make the transition as smooth as possible.

Westfield was already an impressive company before the takeover. This Australia-based company already had 35 shopping centers in the UK and the US at the time of sale, and now that they are merging with Unibail Rodamco, they will be even more international. It is something for stakeholders to look forward to: now, their shares are likely to grow and will have more international value. Additionally, they will have a combination of cash and shares with Unibail Rodamco set at $7.55 and represents a premium of 17.8 percent to Westfield’s closing security price.

Additionally, there are benefits for those who are stakeholders at Unibail Rodamco.

According to a company statement from Unibail Rodamco, “With this Transaction, Unibail-Rodamco will acquire a leading portfolio and an extensive development pipeline managed by an outstanding team of experienced professionals, in addition to an iconic brand. The Westfield brand, the strongest in the industry, will gradually be deployed across Unibail-Rodamco’s flagship assets.”

With the careful guidance of Peter and Steven Lowy joining the Supervisory Board, everyone involved will benefit: it is a merger that has been rumored since 2015, which means that the transition has been carefully planned. According to Financier Worldwide,

“Once the deal is complete, both parties will benefit from: (i) the creation of a global property leader with $72.2bn of gross market value that is strategically positioned in 27 of the world’s most attractive retail markets and cities; (ii) strong organic long-term growth prospects through the world’s largest development pipeline focused on flagship assets in key markets; (iii) an attractive dividend distribution policy, representing 85 to 95 percent of the new business combination’s pro forma recurring net earnings; and (iv) the progressive roll-out of the world famous Westfield brand in flagship shopping destinations.”

Everything, so far, seems to be going smoothly. Near the end of March, Australia’s Foreign Investment Review Board approved the merger, just after it was cleared by European financial market authorities in France and Amsterdam. And according to Reuters UK, “Boards of both companies reiterated their support for the deal in Thursday’s statement, with the parties adding that the transaction was subject to the approval of shareholders and other customary conditions.”

With all of these preparations completed, the takeover is set to be effective as of May 30, 2018, which is just a week away. It is an exciting time in the retail industry, and shareholders have much to look forward to.

4 Ways Your Smartphone Can Change Your Life for the Better