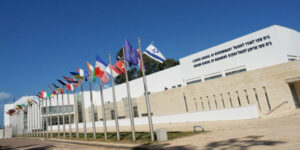 Academic writing in English appears challenging to both native English students and their overseas mates. Here is how the IDC Writing Center in Israel has tackled the issue.

Good writing skills play the significant role in student’s academic success at any university in any country. But good English writing skills can help a student get to the world’s leading universities, enjoy study there and make a promising academic career.

Just like Latin was the dominant language of science in the 13th-19th centuries, nowadays English has become a lingua franca for scholars and researchers worldwide.

Indeed, especially when it comes to the latest scientific or technological discoveries, most articles, dedicates to such news, can be found in English. Impressive amounts of academic content produced by cheap essay writing services circulate the web.

What’s more, according to the study conducted by the scientific-research publication Research Trends in 2012, 80% of 21,000 scientific articles from 239 countries in SCOPUS were written in the English language. It’s highly likely that in the recent years this number has increased.

This fact proves that higher education institutions all around the world should pay big attention to teaching their students to write in proper academic English, as well as to clarifying the peculiarities of citation styles and formats of academic research papers.

Today, the IDC Herzliya Writing Center in Israel is one of the greatest examples of institutions in non-English-speaking countries that have already developed and implemented innovative approaches to teaching academic writing.

Established in 1994, the Interdisciplinary Centre has become the alma mater for 7,000 students, while the number of its successful graduates has already reached 20,000. The centre is located in Herzliya, a picturesque city by the Mediterranean coastline, not far from Tel Aviv. Here not only Israeli students can enjoy quite a wide range of innovative study programmes and high-quality teaching. The IDC also welcomes international students from all over the world. Today, 1,800 girls and boys from 86 countries attend the centre.

The IDC advocates the interdisciplinary approach, which makes it a one-of-a-kind, revolutionary third-millennium education institution in Israel.

However, regardless of the chosen programme, all students should take courses from a few other disciplines too. And this is the core of the centre’s innovative approach: students gain an opportunity to broaden and deepen their knowledge by immersing themselves into different fields of study, as well as to enrich their academic experience by assisting their mates. This is how Dr. Miriam Symon, Head of EFL (English as a Foreign Language) Unit describes the IDC’s vision of its mission and activity.

The work of the IDC Writing Centre, coordinated by Ms. Sharone Kravez, is based on the same philosophy.

The Writing Centre was established in 2012, after joint, sustained efforts of educationalists from the EFL Unit and IDC students. Besides, the growing trend of EMI (English as a Medium of Instructions) courses caused an apparent need in qualified support among Israeli and international students.

Both the IDC and its Writing Centre invite tutors from the UK, US and Canada, as well as from other countries where English isn’t a native language. So, apart from assisting students in academic writing, the Writing Centre also contributes to smooth and fruitful cooperation between Israeli and overseas teachers.

But even more importantly, the achievements of the IDC Writing Centre can considerably improve the quality of academic writing not only among students but also among Israeli academics.

In 2008 Bella Rubin from Tel Aviv University and Trudy Zuckerman from Achva Academic College of Education conducted a study aimed at shedding light on the development of academic writing in Israeli education (“Academic Writing in Israel: Birth and Development” published in “Zeitschrift Schreiben” online).

The researchers determined a few notable trends for the beginning of the 21st century. According to their findings as of 2008:

However, Rubin and Zuckerman highlighted several challenges that teachers of academic writing had to face at that time:

That is not to mention the common difficulties in understanding and meeting various linguistic and formatting criteria of academic writing in English.

Although ten years have passed since Rubin and Zuckerman introduced the results and conclusions of their study, the IDC Writing Centre still has a lot to work on and out. So, how are its tutors helping students and changing the situation in academia for the better?

Students can take a single 45-minute or 90-minute session, depending on how lengthy their papers are, and get instant assistance. Or they can opt for a series of additional meetings if they are interested in mastering particular skills.

The good news is that it doesn’t matter how well a student can write in English if they want to join the programme. The tutors provide help at different levels and in various aspects: structure, style, grammar and word choice, idea development, argumentation and citation formats. So, students can choose to learn either a particular aspect or a whole set of writing features.

The essence of such training is that students write papers themselves but consult with tutors about the ways to improve them. For instance, the tutor can comment on any student’s concerns about the text and suggest how it can be upgraded. Students practise at home, and then they can have another session with the same tutor to check if they do everything right.

Basically, these sessions can be compared with students’ meetings with their research paper or thesis advisers. But the atmosphere of such meetings at the IDC is more informal and friendly.

Besides, the Writing Centre maintains strong connections with their students in order to get their feedback about teaching. The tutors take students’ remarks and preferences into account, using them as the basis for further improvement.

The IDC Herzliya and its Writing Centre have set a daring and revolutionary educational goal. And the obvious achievements of its local and international tutors prove that the global scientific community can expect new members and a powerful boost of innovation coming from Israel.

Rupesh Singh is freelance writer and founder of moneyoutline.com You can follow him on Google, and Facebook.

Is There Still Money to Be Made in Bitcoin?

How To Manage Money Now For A Secure Financial Future