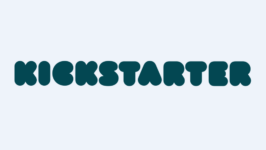 Receiving the coveted Kickstarter feature is simple once you understand how their algorithm works. A combination of the Kickstarter staff pick, placement on top of the Magic page, and inclusion in Kickstarter’s newsletter can bring hundreds of additional pledges to your campaign. This short guide will give you an overview on how the algorithm works and five strategies to get your Kickstarter campaign featured.

Of course Kickstarter won’t share exactly how their algorithm works. However, from analyzing the featured projects, it’s clear that Kickstarter wants to endorse trustworthy and popular campaigns. They calculate this based on how many pledges a campaign has received divided by how many days it’s been running. So, if a campaign has been running for three days and has zero pledges, then it’s not as likely to be featured as a campaign that’s received 100 pledges on it’s first day. Now that you understand the basics of how their algorithm works, it’s time to make your campaign look more popular. Here are five ways to quickly increase your number of pledges and get featured on Kickstarter.

This may seem like a simple trick but it effectively increases your number of pledges. Receiving $100 from one pledge will only count as one pledge. Receiving the same $100 from many $1 pledges makes your campaign appear 100x more popular. So add in a $1 pledge and make it a reward that will receive a lot of traction. Sharing your $1 pledge level with your friends and family might be enough to boost you to the top of Kickstarter and make your campaign look a lot more trustworthy.

Using services like MailChimp.com will make building an email list much easier. A couple months before you launch your Kickstarter campaign you can open a MailChimp account and integrate it with Facebook ads. This method will cost you money up front but is an effective way of receiving a rush of pledges on your launch day. To help you collect emails you can give a special offer in exchange for their email. Many Kickstarter campaigns offer early access to their Super Early-Bird pricing. Another benefit to this, is you’ll have an email list for future product launches and updates.

This next strategy is how most of the featured campaigns became so popular. Receiving thousands of pledges requires a large marketing budget. However, that money can come from someone else’s pocket. There are marketing agencies that will spend large amounts of their own marketing money to bring you extra pledges. They won’t charge you for their services until after you receive your profits from Kickstarter. If you’re not successful then you don’t have to pay. This strategy will bring you news coverage and hundreds of extra pledges if you get accepted. The two largest companies that offer this type of marketing are Funded.Today and Gadget Feed.

This next strategy is recommended by Kickstarter. If you have a project that you think Kickstarter would like to feature, then email them at [email protected]. You can also tag them on Twitter or Instagram.

Keep in mind that Kickstarter is requesting good stories to feature for their staff picks, not products. So, if you submit your campaign to them then make sure you include a good story not just a link to your product.

The final strategy is also very simple. If you’re not certain that you will raise at least 50% of your funding goal on the day that you launch, then you’re not ready to launch. Keep doing pre-launch marketing until you’ve built up enough buzz around your campaign. The reason this is so important is because receiving pledges in your first few days is the most effective way to get featured on Kickstarter.

How to Secure Your Easily Hackable Wi-Fi Network?