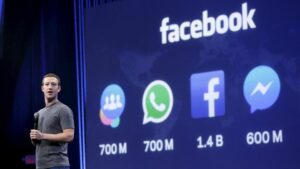 In the first gesture to fulfil his pledge that he and his wife made last year, Facebook CEO Mark Zuckerberg has sold $95 million of the social networking giant’s shares.

According to a US regulatory filing, The Chan Zuckerberg Foundation and CZI Holdings LLC sold Facebook shares worth $95 million before taxes, Forbes reported on Saturday.

The couple plans to give away no more than $1 billion worth of stock each year through 2018.

Last December, Zuckerberg and his wife Priscilla Chan pledged to donate 99 percent of their Facebook shares – about $45 billion – to advance human potential and promote equality for children.

Declaring the “Chan Zuckerberg Initiative” as they welcomed their first girl Maxima Chan Zuckerberg, the couple said they have created a new foundation that would initially focus on “personalised learning, curing disease, connecting people and building strong communities”.