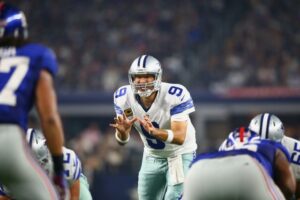 NFL is known to set the adrenaline high, irrespective of one being a player in the game, coach, commentator or a TV spectator.  With the new regular season on the block, the teams seem to have catch up with their full potential and the regular practice matches are giving immense confidence and calm nerves to the players.

The 2016 NFL picks are now all set to cast the magic on the field and teams are hopeful of finding a real life Forrest Gumps or a Dwayne Johnson that doesn’t get sidelined due to injuries.

The cloud of suspensions, however, has been harsh this season. Josh Brown from New York Giants, one of the most accurate kickers of last season has been served a one game suspension due to domestic violence. Among other 27 suspensions, Marcell Dareus, defensive tackle from Giant Bulls would be off the field for 4 matches on the ground of violation of substance abuse policy. Over this suspension, injury and fitness issues are a concern too. Ligament injury of Fowler Jr. has already given a major blow to Jaguars.

Hence, with teams suffering consistent problems with their old and experience lads, this National Football League 2016 season will explore some new picks on the fields., and it is self evident from the team set up by Dallas Cowboys. This, obviously, has created a huge excitement among experts as well as fans who have already searched over the internet and checked stats and background on the new talents their teams have got.

Apart from the players, the dissimilarities in the schedule would also play a key role in separating the great from the good. Baltimore Ravens and Arizona Cardinals are hot favourites to a boost start this season, while the mega huge New York Jets are going to have a tough schedule to begin with.

Pressure would be high on the past year’s top performers who would be expected to maintain their level of speed and class. It would be at its maximum when New Orleans’ Drew Bees gets into the game. The veteran Bees, who covered as much as 4870 yards- the highest in last year’s, now sees a more dependancy of players and fans for another such season. It would be important for the coaching staff to maintain Drew’s fitness and let him not give to any injury as recovery can take a lot of time for this 37 year old quarterback.

Touchdown maestro Antonio Gates would also be hoping to break into the all time list of top 10 touchdown leaders. His excellent performance will have a multiplicative impact on San Diego Chargers who did not have season to remember last year.

High end stat research, consistent track of players’ performance and setting perfect resonance with the coaches, team managements are charging with checks off most pre-requisites before the regular season boots. A flurry of records awaits to get broken in down, passing, rushing, receiving, returning, kicking, punting and several more. Are you ready for the National Football League- Regular Season 2016?

Zuckerberg Gives Away $95 Million in Facebook Shares to Charity