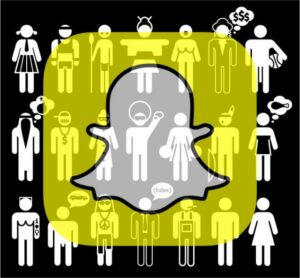 It is all over the news, the social outrage over Snapchat’s new filter that gives users an exaggerated slanted eye optic.

Apparently the people at Snapchat have a reputation for “bad” taste, the company has often received criticism for their racists tendencies and the “yellowface” filter is not their first faux pas, although the name is way more insulting than the filter itself.

”has already expired and won’t be put back into circulation,”

I am not the big anime reader but I couldn’t remember any anime characters looking like the Snapchat filter. I checked on Deviantart and most anime character’s eyes look like these

It is apparent that the guys at snapchat were not inspired by anime characters. It is hard to say what actually did inspire them because you don’t and won’t see this form of caricaturization  anymore. It is more typical of the 40’s to late 60’s where war propaganda dictated the stereotypes. Make your own conclusions.

No matter how liberal or humorful I try to be, Snapchat’s choice of filter was a bad one to say the least. But as far as I know using Snapchat is not compulsory, if you don’t like it and don’t support the maker’s views, then delete it.

Infosys to Fight Attrition with Algorithm

Rogue One, The Return of Darth Vader