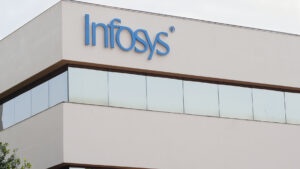 Tech giant Infosys has plans of putting in place a system aimed at identifying disgruntled employees.

The system under development employs a predictive algorithm which will also help the company identify employees that can become future leaders and help take the tech major to new heights, reports The Economic Times.

‘Will Help Groom and Develop Leaders Across Various Levels’

The move triggered by the exit of a number of top level employees in the past few weeks may help the company remedy the damage by helping the company find talent internally.

The programme will look to groom and develop leaders across various levels of the company.

Infosys EVP Krishnamurthy ShankarWe are also starting various other programmes that are helping build the leadership part. What we’ve done is we’ve tried to identify the people who’ve started with the top 25 people and we’ve tried to figure out what should be the development each of them should go through as we look for them to achieve their own potential. We’ve been working with each of them — it’s a process that will take time.

Shankar also shed light on the predictive algorithm and its use in helping the organisation control attrition.

We’ve developed a predictive analytics tool or rather an algorithm which identifies who are the people who are at risk of leaving.

What You Should Expect from Your Digital Marketing Service Provider

“Yellowface” Filter: Where does Funny Stop and Racist Start