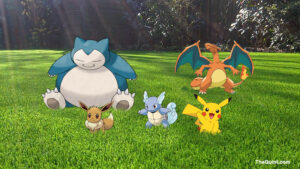 The augmented reality game has taken over the world. Pokemon Go has broken all records and made its creators successful overnight.

Now, an Australian band called The Stiffys has created the “The Pokemon Go song” that talks about how the game is taking over peoples’ lives.

The band members say that the game turned into a global obsession while they were recording their new album ‘Art Rock Two’. They also admitted that they themselves were spending a lot of time playing the game.

It aired first on Australian radio and has now got thousands of views on YouTube.

Pokemon Go is an augmented reality app that uses the phone’s camera, GPS and WiFi/data pack to catch Pokemons by walking in real life.