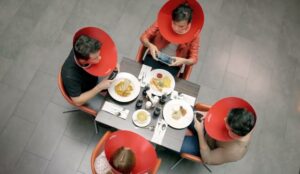 If you’re asked where your teen is right now and what they are doing, you’d probably say “They are in their room using Facebook, streaming videos, or playing games”. Unfortunately, that’s pretty much the same story everywhere. The smartphone generation doesn’t seem to care a great deal about attaining good grades, having a social life, doing good in sports, or visiting places. All they ever want to do is stay lost in technology, browsing their social networking profiles, streaming videos, or playing games. This has almost become a lifestyle for them, something that you should really be concerned about. If not challenged, it can literally ruin their lives in the long run because they are not paying attention to what’s truly important in life. They are trapped in a tech trance and it’s your responsibility to break them out of it. Of course it’s not going to be a walk in the park, but then again, whoever said parenting was ever going to be easy?

The likes of Android phones and other web-connected devices allow teens to browse their favorite websites more easily than ever. With that kind of access at their fingertips, it’s hardly surprising to see them spending a major chunk of their day living their digital lives on Facebook, Twitter, Instagram, etc. In worst cases, they may even be sneaking off to inappropriate websites featuring pornographic, violent, or drug-related content. It’s just too hard for them to resist all this.

To break them free of their digital handcuffs, you have no option but to put your faith in parental controls such as ShieldMyTeen. When installed on your kids’ web-connected device, solutions like these enable you to view their browsing history, and even empower you to block any website you want. Since you are looking to end your teen’s addiction to social networking sites and perhaps pornography, it’s best that you simply block them, temporarily in the case of social networking sites of course. Such measures would be met with a strong resistance, so be mentally prepared for it.

Social networking websites aren’t the only technological drug that teens are hooked on these days. The problem also exists in the form of streaming websites like YouTube and Netflix, which have also become pretty popular among the young generation. A round-the-clock access to non-stop entertainment is just too hard to pull away from, not that they even make an effort of resisting it. You probably do realize that they need to take a break from watching videos, movies and shows online, get out of their room, interact with people, pay attention to studies, build relationships, etc. But since they are hypnotized by the limitless entertainment on offer, everything else becomes an unnecessary distraction to them.

Parental control apps are once again the ideal solution to deal with their obsession with online streaming and getting them to pay attention to the real world where stuff that actually matters happens. Restricting access to the likes of YouTube or Netflix, both apps as well as websites, can really help in pulling them out of the trance.

The problem of excessive gaming has gone from bad to worse since the advent of mobile devices featuring some of the most addictive games known to mankind. Since it’s now possible for teens to indulge in these games round the clock without making their addiction too obvious or even noisy for that matter, this issue often goes noticed. They spend hours staring at their smartphone screen, spending every last drop of their energy on trying to set up a new high score or earning an achievement.

This needs to be stopped right away. You can’t keep on ignoring your teen’s excessive gaming, and must take measures to break them free of this addiction. Although we may be sounding like a broken record by now, but there’s no helping it. Parental controls are undoubtedly your best bet to successfully free your youngsters from the clutches of mobile gaming. Simply block gaming apps and even official stores like Google Play on their device so that they can neither play nor download any game. This would be followed by a huge tantrum, but you must keep your resolve strong and not give in to the crying, screaming and sulking.

A Glimpse at The Aston Martin Vantage GT12 Roadster