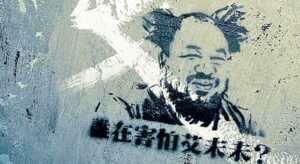 Earlier this week LinkedIn hinted that they are not entirely happy about the scope of some Chinese censorship rules and is “strongly considering” changing their policies.

In a statement made by LinkedIn spokesman Doug Madey, “We can confirm that LinkedIn is strongly considering changing our policy so that content from our Chinese members that is not allowed in China will still be viewed globally. Beyond that, nothing to add at this time.”

So they are considering letting content be distributed outside of China but will still block content inside China that the government finds objectionable.

That’s almost like standing up for freedom of speech…I guess.

LinkedIn launched a Chinese version of their site earlier this year and has been trying to comply with government restrictions although it hasn’t been an easy task.

In June the company was criticized for blocking all content that mentioned the 25th anniversary of the Tiananmen Square massacre. At the time LinkedIn spokesman Roger Pua said that the company is “strongly in support of freedom of expression….[but] it’s clear to us that in order to create value for our members in China and around the world, we will need to implement the Chinese government’s restrictions on content, when and to the extent required.”

And that doesn’t really sound like standing up for freedom of speech.

So LinkedIn is sort of, kind of making a gesture. I just wonder what will happen if they do implement a system where Chinese people can talk about anything they want – it just won’t be seen in China. And if the Chinese government doesn’t think that’s enough what will LinkedIn do next?

Apple says iCloud not broken, that’s why they fixed it