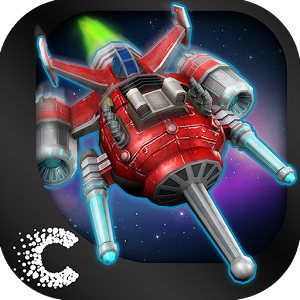 We are not huge fans of gamification, it can be a little childish and superficial as a tool for engagment. However, this news makes us feel differently about the opportunity.

It seems that Cure: Genes in Space has the potential to shave off hours of research for scientists looking to cure cancer. The game essentially let’s players mess about with data that is genetic data requiring many hours of sorting. Game players take this task on for the scientists.

The game itself is a first time collaboration between Caner Research UK, AWS, Facebook and Google. It transforms cancer gene data into, dare we say it, an engaging and playable game which results in what is robust scientific analysis.

Although serious games have many uses – employee engagement, marketing and learning among them – one area that may prove as a surprise is cancer research. After all, researchers don’t need games, and cancer research cannot be done by just anyone, right?

Play to Cure: Genes in Space is proving this wrong. Aimed at gamers on mobile devices, Genes in Space speeds up data analysis by challenging gamers to map a course through a field of “Element Alpha” material, then fly the course to collect material. In reality, Element Alpha is DNA microarray data, and gamers are actually mapping patterns that help scientists spot DNA faults.

The game’s effectiveness was proven just a month after release, as gamers crunched six months of genetic data in that short time. Researchers have kept up with the app as well, fixing bugs and other problems in response to gamer feedback. If the developer can keep gamers engaged, this game could be a major boon to cancer research in the future.

It is simple and easy to use compared to other tools. Cell Slider requires you to detect small differences between cells found in microscopic images, and although using FoldIt doesn’t require any work, the actual gamification features are obscure and difficult to set up. Genes in Space is a game – and a fairly simple one at that – so it requires no squinting and no advanced computer knowledge.

The James Bond Like iPhone Accessory That Could Save Your Home