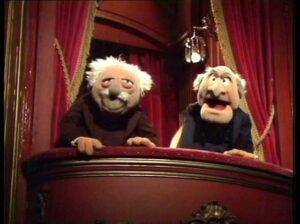 Facebook testing new feature that would tag some stories as ‘Satire.’

Apparently a lot of Facebook users are mistaking parody stories for real news so the company is trying out a new feature that would tag some stories as Satire.

According to a Facebook spokesperson, “We are running a small test which shows the text ‘[Satire]’ in front of links to satirical articles in the related articles unit in News Feed.”

Stories from sites like the Onion or the Daily Mash will be tagged so people won’t be fooled when they read headlines like, “Majority Of UFO Abductions Committed By Alien That Person Knows” or “Government adding cocaine to tap water.”

We wonder how far this little experiment might go if people find the tagging useful. Will they start tagging stories as ‘Questionable’ or ‘downright lies’ or ‘left-wing propaganda’ or ‘blatant advertising’ or ‘probably malware’ or ‘phishing scam’? And will anyone actually notice even if they did?

Judging by the number of examples of people mistaking Onion stories for real news stories you have to wonder if some of these people even know what the word satire means.

But hey, anything that helps people make sense of the avalanche of data that pours into our lives every moment of the day is probably a good thing.