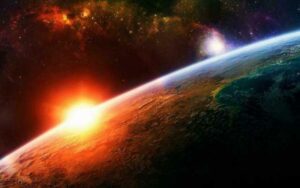 Technology start-ups have a new £2 billion industry in their cross-hairs as the funeral sector looks set to become the next place that will be revolutionised by various pieces of kit.

The advent of smart technology is aiming to change the entire process with everything from the way wills are recorded and bodies laid the rest to how the bill is paid for part of the change.

In the UK alone the industry boasts £2 billion in annual revenues with 1,500 businesses employing around 20,000 people and the growth of almost five per cent has the brains of start-ups twitching.

One such company that has already launched an app with the market in mind is Your Last Will. It comes in the form of an iPhone app that lets users record a “video will” that has a private QR code which is then handed over to someone you think will outlive you.

When your day comes, the confidant logs in and views the video before sending it to anyone else that is mentioned. The firm that offers the app freely admits “in most countries video wills cannot replace written wills” though it does offer a service where users can pay to submit it to a legal expert for review.

Blasting your loved one into space has been an available method for some time with Celestis making its first “memorial spaceflight” in 1997 with Star Trek creator Gene Roddenberry and psychedelic drug advocate Timothy Leary on board.

It now offers a plethora of options that range from the Earth orbit service at $4,995 to the lunar orbit at a hefty $12,500. By 2016 it hopes to propel its Voyager level service to another stratosphere using solar sail technology that brings in radiation pressure from the sun as a method of propulsion to power the deceased on an indefinite space flight.

When the remains are in space, those that organised the service can track the deceased’s whereabouts in real time via satellite feeds on the Celestis webpage.

“We don’t think of our services as an expensive novelty, with prices beginning at $1,000 and the average cost of a funeral in the US reaching $8,000,” Celestis founder Charles Chafer told the BBC.

Bitcoin is also part of the equation as certain undertakers will now take payment for a funeral service in the virtual currency.

“On the whole we find that committed bitcoiners are keen to pay in bitcoin wherever they’re able. Already there are doctors in California and elsewhere who accept bitcoin payments for privacy reasons and a private practice in London does too,” said Kadhim Shubber of CoinDesk.

The National Association of Funeral Directors [NAFD] isn’t so sure the revolution is on the way and thinks that even though many of its members now offer apps, bereaved families still yearn for that personal, more traditional touch.

“Bereaved families are becoming more involved with funerals – how they should be conducted and the content of the ceremony – and there is a lot more personalisation of funerals than there has been previously,” a spokesperson said.

The Timex Ironman One GPS+: A Kindle for your Wrist