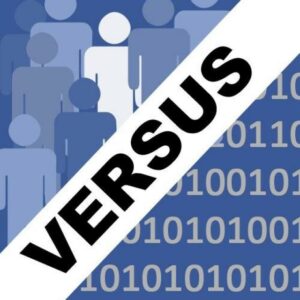 When twenty-six year old Austrain law student Max Schrems filed a lawsuit against Facebook claiming damages because it allowed the NSA to spy on him, as in the average user, he helped to open up a potential world of hurt for the company.

Because, now, there are over 11,000 people joining the class action lawsuit against Facebook after the first weekend of the campaign “Europe vs Facebook.” People are joining from Germany, the Netherlands, Finland and the UK. The objective? €500 or the equivalent of $670 at current exchange rates.

“We want to show to the U.S. industry that they have to respect [European] fundamental rights if they want to do business in Europe,” Schrems said in an interview. “We love the technology, but we want to be able to use things without permanent worry for our privacy. Right now you have two options: live like in the stone age, or take action. We decided for the second.”

Last year Schrems filed a different lawsuit with the Irish Data Protection Commissioner (DPC) for similar PRISM-related issues. The student also requested that Facebook disclose all the information they had on him: he received a stack of 1,222 pages.

In 2012, he also forced Facebook to abandon its photo-tagging suggestion feature in Europe, after he complained that the facial recognition software used for the feature violated people’s privacy.

If you still feel like joining Schrems and the other 11,000 plaintiffs, you can fill out a questionnaire at FBClaims.com which just wants you to prove you are an adult using Facebook. It is not going to cost you a thing so, what have you go to lose, other than the actual case that is.

Twitter has a part to play in higher education