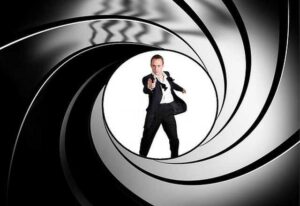 The BBC News has reported that according to Charles Farr, director general of the Office for Security and Counter-Terrorism, spying on American-based search and social media traffic was perfectly legal under British law.

Farr told Privacy International that Facebook, Twitter, YouTube and web searches on Google – as well as webmail services such as Hotmail and Yahoo – were classified as “external communications,” which meant they could be intercepted without specific warrants.

According to the BBC story:

Internal communications between citizens can only be intercepted when a targeted warrant is issued. Warrants must be signed by a minister and can only be issued when there is suspicion of illegal activity.

But when someone searches for something on Google or posts on Facebook they are sending information overseas – constituting an act of external communication that could be collected under a broader warrant which does not need to be signed by a minister, explained Mr Farr in a 48-page written statement.

But then, in what has to be one of the most absurd, side-stepping rationalizations Farr added that the data collected “cannot be read, looked at or listened to” except in strictly limited circumstances.

Mr Farr also said there was a “significant distinction” between intercepting material and a person actually reading, looking at or listening it.

Eric King, deputy director of Privacy International, said the revelation showed that spy agencies operate under their own laws. “Intelligence agencies cannot be considered accountable to Parliament and to the public they serve when their actions are obfuscated through secret interpretations of Byzantine laws.”

Privacy researcher Caspar Bowden suggested the British laws concerning spying on, but not reading communications that cross international borders might be just a bit obscurely worded. “Interpreting that section requires the unravelling of a triple-nested inversion of meanings across six cross-referenced subsections, linked to a dozen other cross-linked definitions, which are all dependent on a highly ambiguous ‘notwithstanding’,” he said.

You can read the full BBC story here.