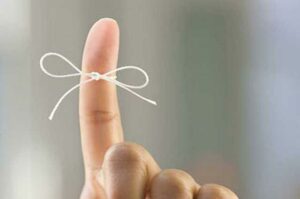 Following a rash of stories about Google’s attempts to erase the past because of an EU court ruling, Microsoft has also started taking ‘right to be forgotten’ requests.

The search engine Bing, owned by Microsoft has published an online form in Europe that outlines how people can request that links to stories about them that might fall under the right to be forgotten ruling can be removed.

The form isn’t a guarantee that Bing will actually remove the links but it does give users the opportunity to put forward their concerns.

According to the form, “This information will help us to consider the balance between your individual privacy interest and the public interest in protecting free expression and the free availability of information, consistent with European law. As a result, making a request does not guarantee that a particular search result will be blocked.”

Although Google is by far the most popular search site in Europe (Bing’s market share in Europe is less than a tenth that of Google) the search engine is the default search engine on Windows Mobile smartphones.

This sounds to me like a preemptive strike on Microsoft’s part (they haven’t exactly had an easy time pleasing European courts in the past). They knew that sooner or later they would have to take some sort of action and this is a goodwill offer to at least try to comply with European regulations.

Google has said that they have already received over 70,000 take-down requests covering 250,000 webpages since May and they are having some difficulties determining which requests are legitimate and how to handle the flood. Of course we should be able to take those numbers and extrapolate that Bing might get 7,000 requests covering 25,000 webpages in the next few months.

Perhaps someone (say the EU courts) should establish a clearing house for processing right to be forgotten requests in Europe so that we don’t end up with half a dozen search engines all making their own, semi-haphazard decisions based on different criteria. The EU court’s decision included enough vagueness that it would be nearly impossible for five different companies (with five different sets of lawyers) to make the exact same determinations in every case. And there is that niggling little problem of censorship – but let’s just ignore that particular problem.