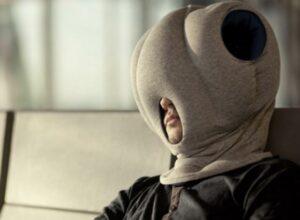 We kind of felt bad for all those 9,500 people who dropped $2 million on Oculus Rift on Kickstarter, maybe got a tee shirt or something and then saw the company sell to Facebook for $2 bilion. Would it have been better if the crowdfunders had gotten stock instead of tchotchkes? Well, it would have been a 1000% return on their investment, but apparently, crowdfunding is unlikely to make it easier to fund companies sucessfully.

And, it doesn’t seem like the SEC is really doing enough to make it easier for crowdfunding to become a source of investment capital with real returns for the funders and real stock options.

Bipartisanship is so rare in Congress these days that one hopes every meaningful law passed with even just an ounce of across-the-aisle support is the best gosh-darn law it can be. Unfortunately, that can’t be said about one of the last bipartisan laws of note, the JOBS Act of 2012.

Most of the JOBS Act’s provisions involved arcane tweaks to federal securities regulations—stuff so tediously complex that if I described it here, I would get arrested for boring hundreds of readers to death. However! The law’s Title III, which covered equity crowdfunding for non-accredited investors, caught the collective imagination of serial entrepreneurs, business writers, Silicon Valley CEOs, and tech bloggers, inspiring breathlessly predictions of a revolution in investing, the death of venture capital, the long overdue victory against sexism and racism in business, the democratization of capitalism, the end of unemployment, and the restoration of the American Dream.

Unfortunately, the hype over equity crowdfunding is just that. Crowdfunding won’t significantly improve the supply of investment capital, and the capital that crowdfunding does supply won’t significantly improve the bank accounts of investors. In fact, given that even usually sober-minded media has a tendency to act like a stoned sophomore whenever a story involves the Internet (“This. Changes. EVERYTHING.”), there’s an enormous risk that unsuspecting investors will get burned once the Securities and Exchange Commission finalizes crowdfunding’s rules.

The French turn their noses up at new .wine domains

Supreme Court should rule on Aereo case this week