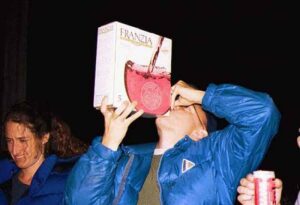 France is kicking up a stink after the US group responsible for handing out domain names allowed a .wine suffix to be launched without informing the European wine producing country first.

Sky News reports that France is claiming the decision to create the new domain has the potential to undermine international trade agreements it has that protect geographical indicators of the likes of ‘champagne’ and region specific products.

“The problem is ICANN is totally opaque, there is no transparency at all in the process,” Axelle Lamaire, France’s minister for digital affair, told the FT. “These decisions could imperil the current talks on the transatlantic trade partnership by forcing the imposition of a model by the means of technical discussions on internet naming.”

The European Commission, UK and Spain have all joined together with France to appeal to ICANN, a non-profit that regulates web addresses, to halt the release of the two domain names in order to prevent the likes of champagne.wine undermining France’s agreements.

California’s Napa Valley wineries are another group that is supporting France’s champagne campaign and there are reportedly “top level talks” taking place today in the UK to discuss what should be done next.

“The importance of protecting winegrowing place names is critical to all winegrowing regions of quality; it is not solely a European issue,” added Linda Reiff, a representative from the Napa Valley wineries. “Internet users could indeed be deceived into believing that they are buying a genuine product with specific qualities and characteristics, when they are in fact getting an imitation.”

ICANN, which was created back in 1998, has been handing out and managing generic top level domain names [gTLDs] ever since with the US deciding that enough is enough and that an international body should wrest away some control of domains in September 2015.

Lemaire wants the body that eventually comes to power to be overseen by a “general assembly” including governmental representation on a “one country, one vote” basis.

Equity crowdfunding is supposed to change everything, or not