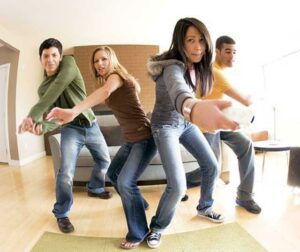 The patents describe a system for a user interface system based on a pointing device combined with both a camera and a physical motion sensor built into a fixed devise that measures the trajectory of the controller. The system uses room localization beacons and Philips’ patent says that this technology could be used for playing games.

The court found that “The Nintendo Wii system set up with Wii Tennis is an example of that combination and therefore infringes the claim.”

Philips was pleased with the decision, but a spokesman was unable to say what will happen next. “It remains to be seen how this will proceed,” he said, declining to comment on a possible damages claim.

The spokesman said that Philips had offered Nintendo a license for its remote control patents in 2011, but when negotiations broke down they filed the law suit.

Philips also sued Nintendo over the same patents in Germany in 2012, in France in 2013 and last month in the U.S. District Court for the District of Delaware. In the latter case, Philips is seeking a ban on U.S. imports and sales of Wii and Wii U consoles. Those three cases are still pending.

It’s a sticky situation yet the courts seemed to think the infringement was pretty clear.

Since many of the Nintendo Wii games rely on motion sensor controls you would think that they would have done a little extra due diligence when designing the system, but maybe they felt their system was different enough from Philips’ designs that they could go ahead.

The simplest thing here would be for Nintendo to bite the bullet and just go ahead and license the technology from Philips. But even with the roadblocks cleared it might not be enough to help the ailing platform. Nintendo only sold a little over 100,000 the consoles last quarter.

Oh no, Yo! Say it ain’t so! Two letter messaging app hacked!