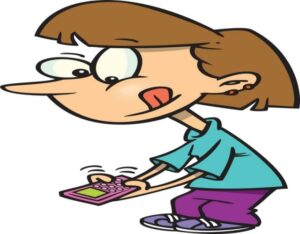 Seems like the boffins at the University of Michigan have decided that the more you Tweet, text, msg, post, etc. the more intelligent you become. They believe that the more you interact with other people the smarter you get.

In a recent study they tested a group of participants by dividing them up into random pairs. One group was told to find out as much as they could about the other person. The second group had to perform a series of brain-games designed to boost intelligence. The final group, the control, just sat there watching the walls.

After each group had performed their tasks they were give a series of cognitive tests to see if any of them actually got any smarter. Turns out the people who interacted with each other and the people who played the brain games both showed improvement (while the people who stared at the walls…uh…what was the question?) The researchers concluded that the active perspective-taking one does in conversation involves mental gymnastics as demanding as any brain-teaser.

Anyway, the folks at the U of M aren’t the only ones who have been tracking this phenomenon. Apparently the Newcastle Business School in the UK and the University of Lapland in Finland have both been studying open innovation projects (where organizations facing tricky problems invite outsiders to take a crack at solving them).

Like the University of Michigan study, they concluded that it was more about the interaction between people than solving the problems.

The Newcastle Business School looked at knowledge exchange between higher education institutions and industry (a typical exchange in open innovation challenges) and concluded that success depends upon the social processes that facilitate the collaboration.

The University of Lapland explored what executives who sponsor open innovation challenges value most about them, and found out that the broader benefits of the multidisciplinary social interaction outweigh the concrete results of getting specific solutions.

Finally, there is another study, published in Nature Neuroscience in 2011 that demonstrated a positive correlation between the size of the amygdala – the part of the human brain that performs a primary role in the processing of memory and emotional reactions – and the size and complexity of a person’s social network.

Andy Zynga commented in a Harvard Business Review blog, “In other words: Bigger brain, greater social interactions. It’s a correlation, and the first assumption people make is that the larger amygdala supports greater emotional intelligence and better memory, allowing the individual’s social network to expand. But perhaps the causality also goes the other way, and interacting widely with others – as companies do when they use open innovation – grows the capacity of brains.”

So the next time your mother tells you to stop texting during supper you can tell her you are exercising your amygdala and that is making you smarter. (Hell, simply using the word amygdala in a sentence kinda prove that.)