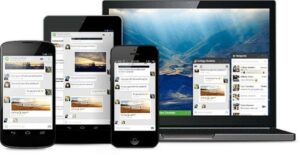 When Vic Gundotra, the head of Google+, recently left Google it signalled what some believe to be the beginning of the end of this particular social network. Frankly, I won’t miss it. It’s too intrusive and not much fun. You probably have to be a Google employee to truly love it.

What is wrong with Google+? I don’t get it. What’s is right with Google+? The constant ebb and flow of people who pop in and out of my Google+ notifications is meaningless to me and kind of annoying because it seems like an intrusion into my Gmail space. And, judging by who joins and doesn’t join, it seems like most people who connect on Google+ are kind techie-like or geeks. Not the usual gaggle of old high school pals that are on Facebook, and snarky drinking buddies on Twitter.

The interface is not that great, either. It’s dry and very me too. It’s Google. Which is fine when I don’t want distractions to get in the way of my searches or work, but it is not that great when I am looking to socialize. It’s like Google threw a party in a shipping container and forgot the music, booze, food and fun people.

While I won’t be sorry to see Google+ go away it did help spawn what should be the next great thing out of Google: Hangouts.

Hangouts has replaced GoToMeeting in my company because it is easier, more intuitive and the set up is simple. It works. It’s collaborative and cool. This about the most social thing that Google has ever done.

I am particularly impressed by the integration of Hangouts Air with YouTube. You can live stream an event through Hangouts and it will end up being recorded for posterity on YouTube. Sounds like everyone gets to be a broadcast network. That’s awesome.

Sure, there are tools to live stream like, ironically enough, Livestream, but that setup is a Herculean task compared to Hangouts. If Google really wants to do keep Google+ and make it work, ditch the social media wannabe factor and focus on the group engagement factor through Hangouts.

I will admit that Hangouts isn’t great for simple one on one conferencing the same way Skype or Facetime may be. It’s not really designed to talk to Grandma but that may be mostly due to the fact that it gets lost in the Google app mire.

Hangouts needs a better defined image and maybe it needs to be Skype-like in format. Maybe it needs to be a part of YouTube. Who knows. That’s the challenge facing the Google guys. I just hope there is a champion for Hangouts within Google who has the clout to take it to the next level.

Ultimately, it could prove to be a highly effective communications tools that breaches the wall between business and consumer conferencing and broadcast tools.

Amazon’s hardware strategy: whatever it takes